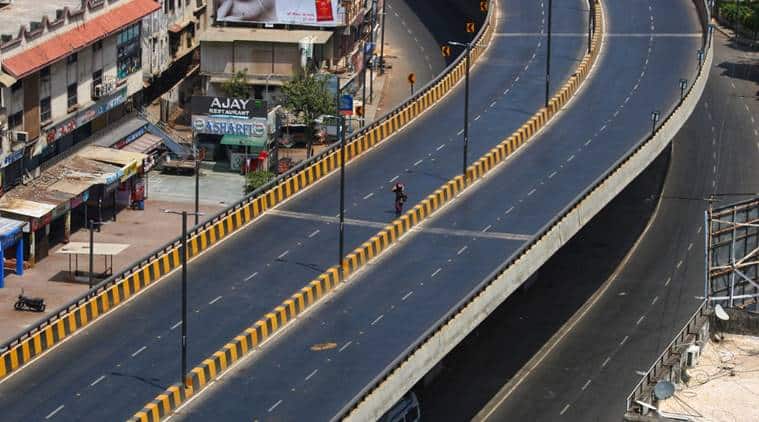 A 62-year-old man died in Surat on Friday after walking from a hospital to his house for around 8 kilometres as he could not find any vehicle due to the lockdown imposed in the wake of the coronavirus outbreak.

The deceased, Gangaram Yelenge, was returning from New Civil Hospital at Majuragate along with his son Naresh Yelenge (40).

He fell unconscious on the road near his house in Pandesara and was taken back to the hospital where he was declared brought dead.

“If somebody would have helped us or given us lift, then my father would have survived,” said Naresh. On Saturday, the doctors of NCH carried out the postmortem and handed over the body to Naresh. No police action was taken as it was a case of natural death, claimed the doctors at NCH.

According to Naresh, a resident of Adajan area who works as a helper in a plastic shop, he had gone to meet his father, who was ill, on Friday morning.

Naresh said that he had to walk for 12 kilometres to reach Chhatrapati Shivajinagar society in Pandesara, where his father was staying.

After he found his father vomiting and coughing, Naresh took him to the New Civil Hospital in an ambulance. The doctors examined his father and told Naresh that his father’s lever was swollen due to some infection.

After buying medicines, they left the hospital at around 5 pm.

“My sister who resides in Bhatar area also reached the hospital and later after we were told to go home. She left for her house and I accompanied my father outside the hospital. We were looking for a vehicle. Some auto drivers were demanding Rs 500. I did not have that much money. I asked some of the people on bike for a lift, but they denied,” Naresh said.

He further added, “After finding no vehicle, my father said that he can walk. After three-and-a-half hours, when we reached Bheedbhanjan society at Pandesara, my father fell unconscious.”

The local residents took Gangaram to their house and later called ambulance service. Gangaram was again taken to the hospital on Friday night where he was declared dead by doctors. The body was cremated near Lambe Hanuman road in Varachha on Saturday.