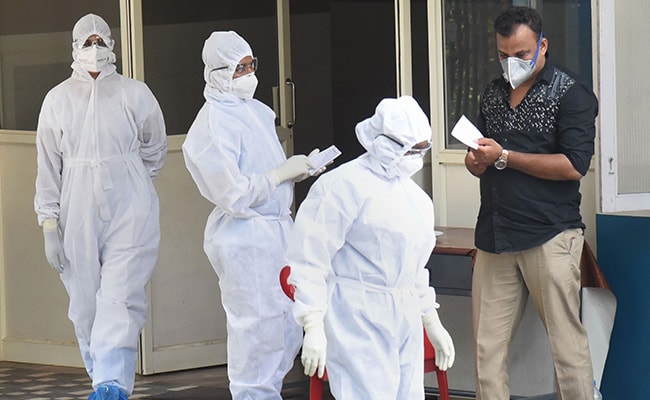 There are over 80 confirmed COVID-19 cases in India, with at least two deaths linked to the virus

The government has declared the novel coronavirus outbreak in the country a "notified disaster", in a move it called "a special one-time dispensation", to contain the spread of the infectious virus. In a brief two-page release this evening the government said money from each state's Disaster Response Fund (SDRF) would be used for temporary accommodation and supply of food, water and medical care for patients and people in quarantine camps.

SDRF funds will also be used, the government said, to pay for additional testing centres and the cost of protective equipment for police, healthcare and municipal authorities, as well as that of thermal scanners and other necessary equipment for government hospitals.

All such expenditure, the government added, will be drawn only from the state's funds and not the National Disaster Response Fund (NDRF). Also, total expenditure on equipment cannot exceed 10 per cent of the fund's annual allocation. 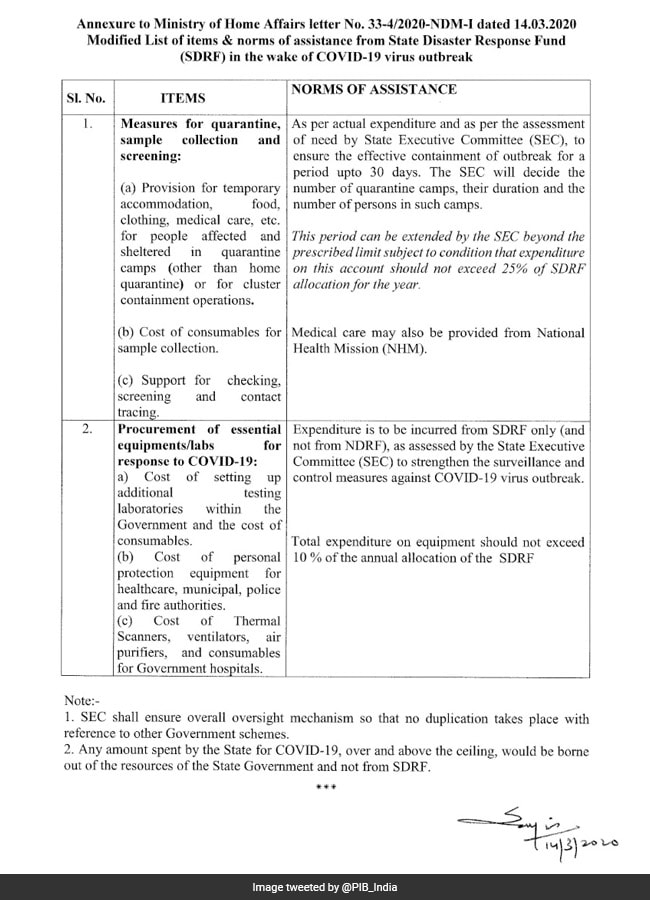 As per an earlier letter from the Home Ministry, Rs 4 lakh was to be given to families of those whose deaths have been linked to the novel coronavirus, or COVID-19. Cost of hospitalisation for those being treated was also to have been fixed by state governments.

However, these two points were apparently removed in a later notification. 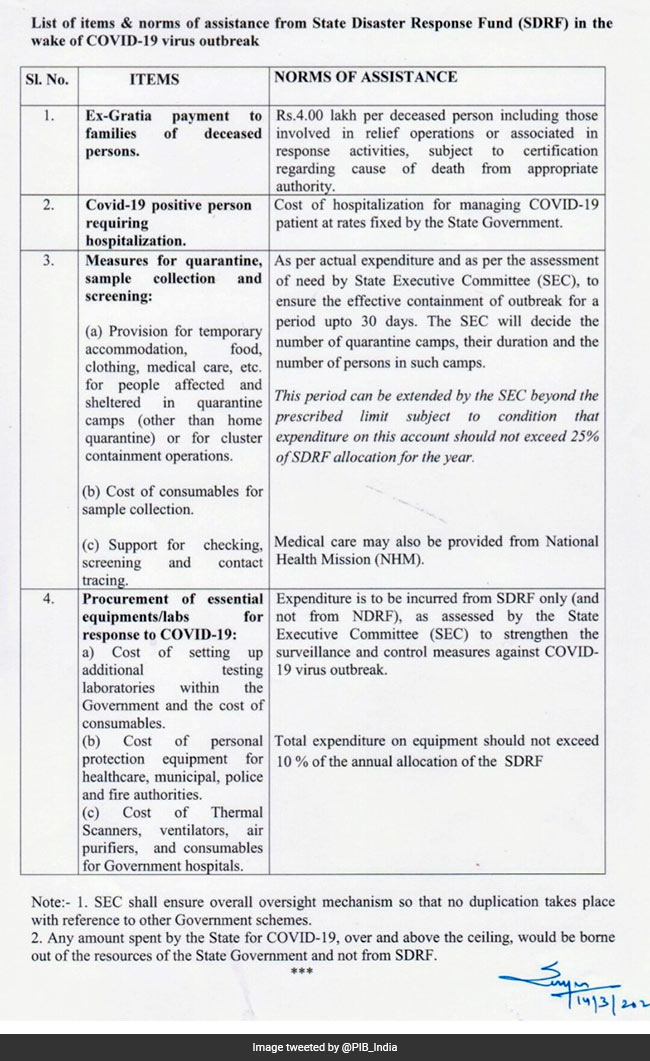 As per the original letter, compensation amount of Rs 4 lakh was announced

Today's notification comes a day after central ministry officials briefed the media on steps being taken and cautioned against panicking, saying the outbreak was "not a health emergency".

There are over 80 confirmed COVID-19 cases in India, with at least two deaths linked to the virus. A 68-year-old woman who died in Delhi on Friday night and a 76-year-old man who died in north Karnataka on Thursday both tested positive.

On Friday, Health Ministry officials said a further 4,000 potential cases had been identified through contract tracing and were being tracked. Home Ministry officials also said international traffic would be limited; only 19 of 37 border checkposts are open to them.

Also as part of its response, the government has shut borders to existing visas - except diplomatic, official, UN/international organisations, employment and project - till April 15.

On Saturday both Bengal and Goa announced similar measures. Also on Saturday leading IT major Infosys announced it would temporarily close a Bengaluru office and sanitise premises after a suspected COVID-19 case.

The COVID-19 outbreak began in a market in China's Wuhan district in December last year and has claimed over 5,000 lives and infected 1.3 lakh people since.

The World Health Organisation has declared the novel coronavirus a pandemic, meaning it has spread worldwide and affected huge number of people.