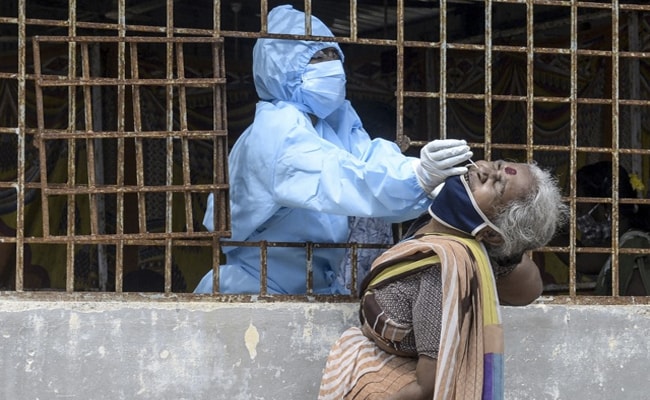 Experts have warned against large gatherings to contain spread of COVID-19 in the winter months.

India reported a daily jump of 55,722 fresh coronavirus infections in 24 hours, taking its tally to 75.5 lakh, the Health Ministry data this morning showed. The number of cases in the country now stand at 75,50,273.

In the 24-hour period, India, which is the second worst-hit country, reported 579 deaths linked to the COVID-19, taking the total number of fatalities to 1,14,610.

The number of active cases remained below eight lakh for the third consecutive day at 7.72 lakh.

India - the second worst-hit country in the word - has crossed the coronavirus peak, a government-appointed committee has said. It has predicted that the epidemic could be brought under control by early next year if all measures are followed.

But, the onset of winter and upcoming festivals may increase susceptibility to the infection and laxity at this point can again lead to a spike by as much as "up to 26 lakh cases within a month". Only 30 per cent of the population has developed immunity so far, the committee said, underscoring the need for continued protective measures.

"If all protocols are followed, the pandemic can be controlled by early next year with minimal active cases by February end," the panel has concluded.

The total number of infections by the time the epidemic ends, could be about 105 lakh (10.5 million).