I was to be on that bus…everyone told me doosri zindagi mili hai: Pulwama attack survivor 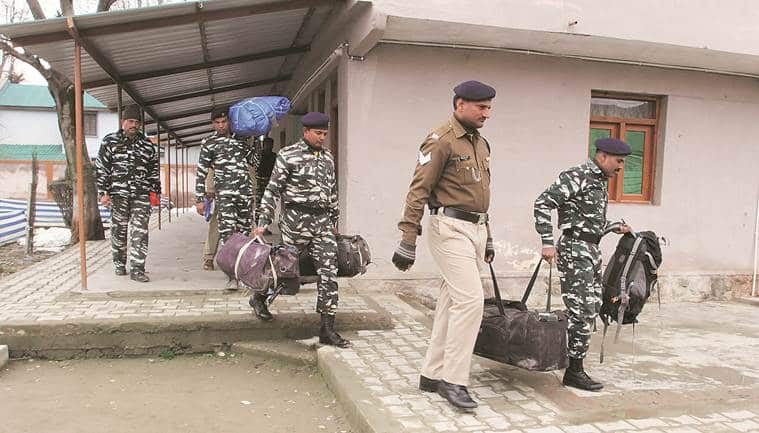 For CRPF Constable Surender Yadav, the grief of losing fellow paramilitary personnel in the suicide attack in Pulwama, including four from his own battalion, parallels the shock of making it out alive.

“I was supposed to be on that bus,” he said on Wednesday, still in a state of stoical resignation six days on. At Qazigund, nearly 200 km from Jammu where the convoy had halted that day, a friend hollered Yadav to come and join him in his bus. Yadav went in that bus, about 10 vehicles behind the one that came under the impact of the IED explosion.

Watch: Pulwama terror attack: What is Jaish-e-Mohammed, the terror group that attacked the CRPF convoy

“I wept inconsolably for three days. Then everyone consoled me and said, ‘doosri zindagi mili hai; ab achche se karm karo (it’s a second life for you; now do good work),” the 28-year-old said.

Thirty-nine men from CRPF’s 45 Battalion were in the convoy on February 14, when it came under attack. “It was loud bang — a flash of light and shattered glass around us,” the soldiers told The Indian Express on Wednesday.

As the list of the deceased started doing the rounds, with Yadav’s name in it based on the seating list, everyone assumed he had died. “My family in Deoria (in UP) panicked,” he said. It wasn’t until he reached Srinagar’s Bakshi Stadium, where men from all CRPF battalions were accounted for, that they realised Yadav had survived.

For other soldiers of 45 Battalion, there is grief and anguish, and one demand: “Hum chahte hai unhein shaheed ka darja diya jaaye (we want them to to be called martyrs).”

Constables Bhagirath Singh (from Dholpur, Rajasthan), Virender Singh (Uttarakhand), Rattan Kumar Thakur (Bhagalpur, Bihar) and Awdesh Kumar Yadav (Chanduali, UP) 45 Battalion were among the 40 who died in the terror attack.

The battalion, stationed at Sumbal in north Kashmir’s Bandipore, had foiled a suicide attack on its headquarter on June 5, 2017, when four armed militants attacked the camp in the early hours. Constable Virender Singh was part of the Quick Action Team that foiled the attack.

The CRPF personnel also seek pension for families of the men who died, pointing out that those who joined the force after 2004 are not entitled to pension. “Hum bhi nuksaan utha rahe hain, isse parivaar ki thhodi madad hogi (like other forces in the Valley, we are also bearing losses, and a pension will help families of deceased policemen),” they said.