The mother of the baby thanked Singh and termed him a ‘real hero’. (CCTV footage)

A day after the video of a Railway Protection Force (RPF) constable going beyond his duty to get milk for a four-month-old baby travelling on a special Shramik train went viral, Railways Minister Piyush Goyal praised the constable for his exemplary gesture and announced a cash award.

Inder Singh Yadav was busy making announcements on a public address system asking passengers not to venture out of the Belgaum-Gorakhpur Shramik Special train when a woman passenger made a special request.

As the train entered platform number one of Bhopal station, Sharif Hashmi requested the RPF constable to arrange milk for her four-month-old child who was crying. She said she had been trying to get milk for the child from Belgaum but could not get it. Asking her to “wait for two minutes”, Yadav rushed to buy milk from a kiosk located just outside the railway station.

In the CCTV footage, the constable can be seen sprinting on the platform holding his service rifle in one hand and the milk pouch in another to give it to the passenger in the moving train that was gradually picking up speed.

“I was confident and never thought that I will not be able to hand over the milk pouch,” said the Class XII pass out, his confidence stemming from his daily fitness schedule. 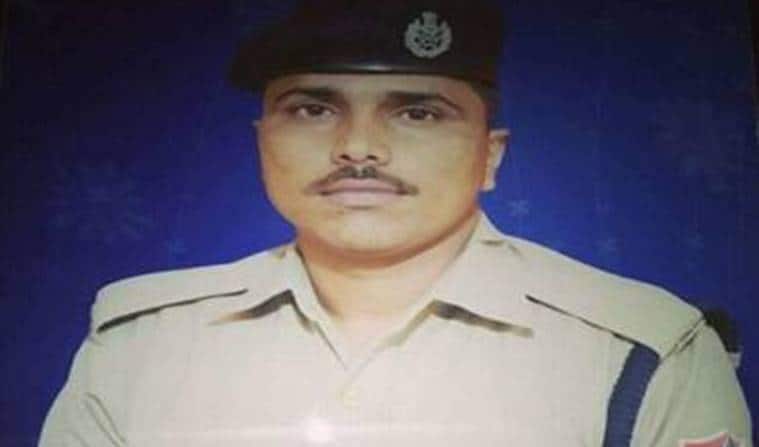 The incident happened four days ago but the video went viral winning him praise and a cash reward from railway minister Piyush Goyal. The mother of the baby thanked Yadav and termed him a “real hero”, a government statement said.

Commending Singh’s actions, Goyal tweeted, “Commendable Deed by Rail Parivar: RPF Constable Inder Singh Yadav demonstrated an exemplary sense of duty when he ran behind a train to deliver milk for a 4-year-old child. Expressing pride, I have announced a cash award to honour the Good Samaritan.”

Commendable Deed by Rail Parivar: RPF Constable Inder Singh Yadav demonstrated an exemplary sense of duty when he ran behind a train to deliver milk for a 4-year-old child.

Expressing pride, I have announced a cash award to honour the Good Samaritan. pic.twitter.com/qtR3qitnfG

He also attached a video in which the mother of the baby is heard saying, “I thank Inder Yadav for his help”.

Posted at Bhopal RPF station for last five years, Yadav was previously posted in Lucknow. Three years ago, he had helped out two children who were left behind at Bhopal station while the train with their mother left. He said he ensured the mother got down at Junnardeo Station and was united with her sons.