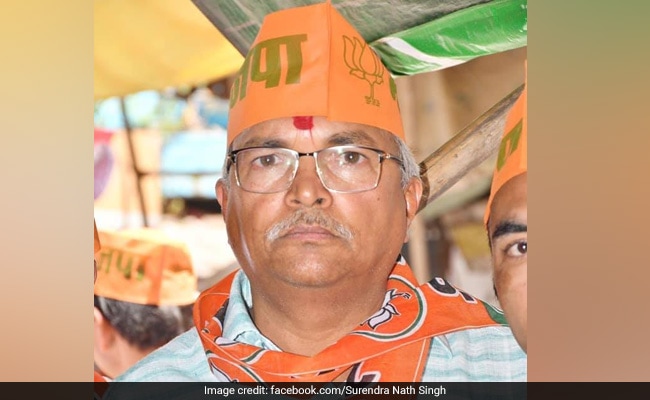 The 28-year-old daughter of a former BJP MLA from Madhya Pradesh has claimed that she left home after her family pressured her to marry the son of another politician and kept harassing her. In a video that is being widely circulated, she has accused her family of falsifying documents to prove that she is mentally unsound and sought protection from the High Court.

On October 16, former BJP MLA Surendra Nath Singh filed a complaint with the police saying his daughter Bharti Singh, who is "mentally unwell", has gone missing.

In the video, Ms Singh rebuffed her father's claims. "I am mentally sound. My family is producing false documents because they are in a position to do that. I can't obviously do that. I just don't want to return home.... Please help me," she is heard saying.

She also said that she was "safe and happy" after leaving home. "I am not with a Christian or Muslim man. I have left my home because I wanted to leave. Please don't make it a caste or religion issue. I want to leave peacefully. My family was harassing me... so I had to leave," she is heard saying.

Ms Singh is working at a fitness centre and is pursuing a nutritionist's course in Pune, according to her lawyer. In her petition, she has also mentioned that she is in a relationship with a 33-year-old man from a different community whom she wants to marry.

Recently, she was called from Pune to Bhopal by her family after being told her mother was unwell, her lawyer said. But when she came home, her family tried to force her to marry a family friend, the son of a known politician.

Last year, Ms Singh had also filed a complaint with Chief Minister's Helpline and Mahila Ayog accusing her family of harassment. After the complaint, police took her to the Hajela Hospital in Bhopal, where she was administered sleep-inducing Perilin injection, she said.

According to Ms Singh's counsel Ankit Saxena, a writ petition has already been filed in the High Court seeks inquiry and cancellation of the October 16 police complaint filed by her father and accusing the family of harassment. Also, she has appealed that no action should be taken in the missing person complaint filed by her father in Bhopal recently as she left Bhopal on her own.

The BJP leader could not be reached for a comment.