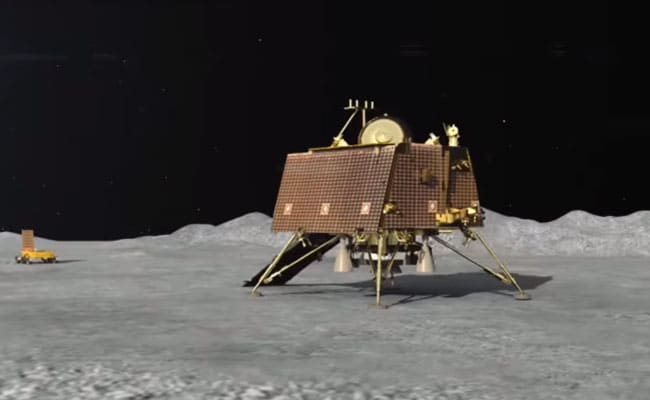 With hours to go for the big Chandrayaan 2 landing, the Indian Space Research Organisation (ISRO) today released an animated video depicting how the Pragyan rover will operate once it alights on the barely explored south pole of the Moon.

The video starts with a description of the various components of the rover, which includes two navigation cameras on both sides; an Alpha Particle X-Ray Spectrometer to analyse the chemical element composition of lunar soil samples; a high-powered antenna to receive and transmit signals; and a rocker bogie assembly to ensure that it easily climbs over obstacles on the rocky lunar service.

Ever wondered about Pragyan's different parts and how it functions? Watch the full video to find out!https://t.co/EuL6Gf72Jd#ISRO#Chandrayaan2#Moonmission

Pragyan's mission will begin once it emerges from the Vikram lander between 5:30 am and 6:30 am, hours after it has successfully set itself down on the lunar surface. The rover's battery will be activated soon afterwards, releasing its solar panel. It will then descend on the ground, using its left and right navigation cameras to visually record the surroundings. Scans recorded by the rover will be relayed to the Vikram lander and then to the mission control on Earth, where experts will plan the path it needs to take. The rover will then move ahead, overcoming obstacles with the rocker bogie and leaving firm imprints of the national emblem and the ISRO symbol on the lunar surface. 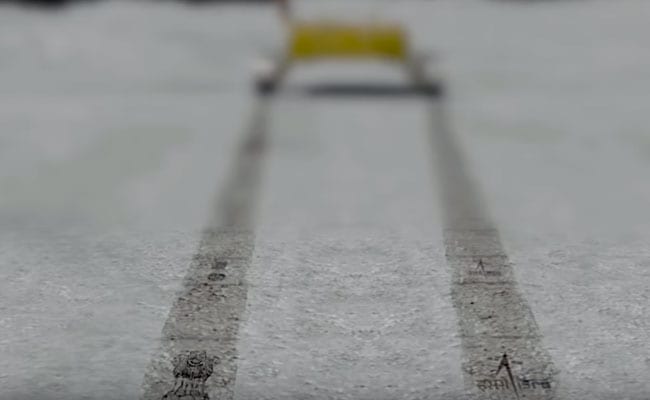 Pragyan will leave imprints of the National Emblem and the ISRO symbol on the Moon's surface.

At certain points along its path, Pragyan will be instructed to halt and determine the elemental composition of lunar rocks and soil using its Alpha Particle X-Ray Spectrometer. However, Pragyan will not stray too far from the Vikram lander, given that its maximum range only extends over 500 metres.

The moon's craters in the south pole have been untouched by sunlight for billions of years, offering an undisturbed record of the solar system's origins. Its permanently shadowed craters are estimated to hold nearly 100 million tonnes of water.

The Chandrayaan 2 lifted off from its launch pad at Andhra Pradesh's Sriharikota on July 23 aboard the giant heavy-lift rocket GSLV Mark 3. India's space scientists had a narrow one-minute window for their second attempt at launching the moon mission, a week after the mission was aborted 56 minutes before lift-off.