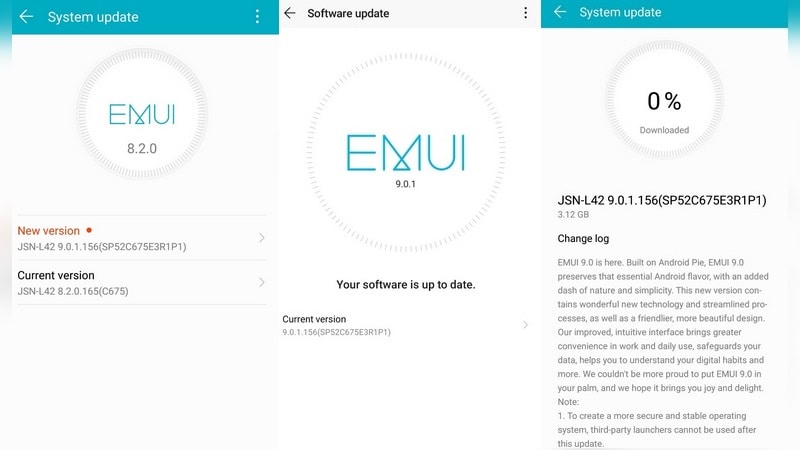 Honor, a sub-brand of Huawei, recently announced that the Honor 8X will get the Android Pie update that will also bring the refined EMUI 9.0 experience starting March 18. After a slight delay, the company has made good on its promise. Honor has started rolling out the aforementioned software update that brings the Android Pie upgrade and as well the EMUI 9.0.1 custom skin to the Honor 8X smartphone. The update is being rolled out for the Honor 8X's global variant in a staged manner and will soon be available to users across the globe, including India.

The latest update - which has the firmware number JSN-L22 9.0.1.156 (SP54C36E2R1P1) – is a whopping 3.14GB in size and is a stable build. As for the new features introduced by the Android Pie-based EMUI 9.0.1, the official changelog mentions that it brings a more intuitive design with a simplified UI, new features for the Recorder apps such as the ability to speed up and edit recordings and faster app launch process. The update for the Honor 8X also introduces the updated Huawei Share 3.0 file sharing feature that brings up improvements in the file sharing speed between connected devices.

Moreover, the EMUI 9.0.1 update claims to have optimised the system performance, allowing the device to execute resource-intensive tasks at a faster pace. The new update also makes it easier to make payments, share photos and open large files on WeChat. You can check out for the update in the “Software Update” section in the Settings menu on the Honor 8X. As mentioned above, the latest update is being rolled out in a staged manner and will soon reach Honor 8X users across the globe soon. However, it is not known whether it brings an updated Android security patch.