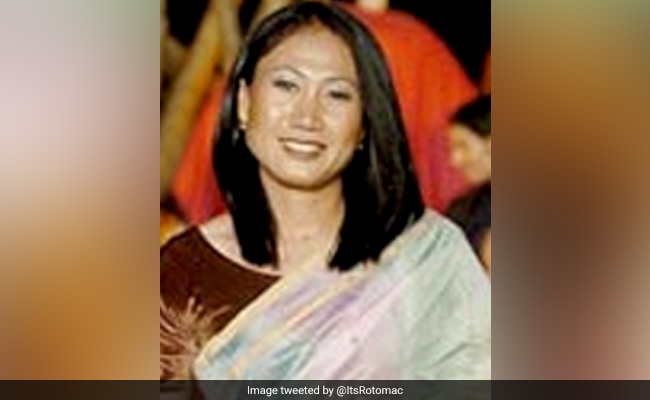 At a press conference in Imphal on Wednesday, the former hockey player said, she was subjected to harassment by her husband right from the time they got married in 2005 and dowry was the main reason.

Under her captaincy, Suraj Lata Devi had led the Indian women's hockey team to win three gold medals in the 2002 Commonwealth Games, an event that inspired making of Bollywood film "Chak De India", the 2003 Afro-Asian Games, and the 2004 Hockey Asia Cup.

"My husband Shanta Singh ridiculed me when I brought all the medals and photos that I had won on the day of my marriage and had remarked what use would it serve?"

He also accused her of having won the Arjuna Award because of her "immoral behaviour", she alleged.

The hockey player maintained that she had been enduring the harassment in the belief that her husband's behaviour would change. "I never wanted the matter to become public. However, there is always a limit to someone's patience and tolerance," she said.

The mother of two remarked that she finally took the decision after her husband in an inebriated condition allegedly assaulted her at Kapurthala in Punjab in November 2019 while she was officiating at a tournament, organised by the Rail Coach Factory in Sultanpur Lodhi.

On Sunday, Deputy Superindent Police of Sultanpur Lodhi Sarwan Singh said the Sultanpur Police had registered an FIR there after the complaint filed by Suraj Lata Devi with the Manipur Police in January was forwarded to Sultanpur Lodhi police station as the incident of violence had occurred there.

Accordingly, her husband was booked under various sections of the IPC, including Sec 498-A (husband or relative of husband of a woman subjecting her to cruelty).