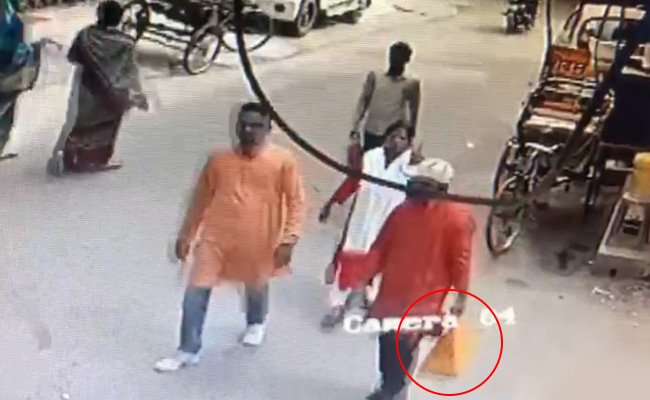 Hindu Samaj Party leader Kamlesh Tiwari, murdered on Friday at his home in Lucknow, was stabbed 15 times and shot in the face, according to the postmortem report.

Two deep stab wounds were found on his neck. A bullet was found on the back of Kamlesh Tiwari's skull but the entry wound was on the left side of his face.

On October 18, two men called on Kamlesh Tiwari pretending that they wanted to give him a box of sweets for Diwali festival. When they entered his house, they attacked him and left him critically injured. He died on the way to hospital.

Two main accused,  Ashfaq Hussain (34) and Moinuddin Pathan (27), were arrested yesterday. They allegedly killed the Hindu group leader to avenge statements he apparently made against Prophet Mohammad in the past.

The two, who were from Surat in Gujarat, were arrested by Gujarat Anti-Terrorism Squad from the Gujarat-Rajasthan border.

The box of sweets they had carried to Mr Tiwari's house - which had an address from Surat - was found.

The two had allegedly checked into a Lucknow hotel on Thursday, a night before the murder, and registered themselves under their actual names and addresses. Police said they returned to their hotel room to dump their clothes and weapons before leaving the city. They reportedly went back to Surat, where their movements were tracked through their friends and relatives.