Haryana, Maharashtra Polls To Be Held On October 21, Results On 24 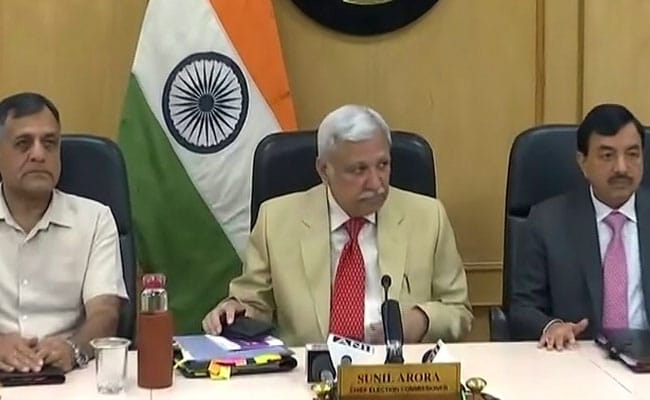 The assembly elections in Haryana and Maharashtra will be held on October 21, Chief Elections Commissioner Sunil Arora said. The results of the elections will be announced on October 24, the top poll body officer said.

The moment the dates are announced, the model code of conduct will be in place in these states.

The ruling BJP and its ally Shiv Sena have already jump-started their campaign in Maharashtra, with Chief Minister Devendra Fadnavis taking out a Maha Jan Aadesh Yatra last month to reach out to voters in the state. The outreach programme was attended by Prime Minister Narendra Modi on Thursday.

Here are the updates on Election Commission announcement for polling dates in Maharashtra, Haryana: