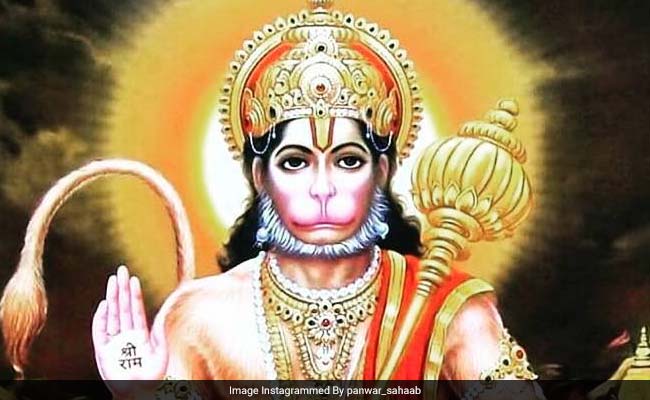 Hanuman Jayanti celebrates the birth of Hindu God Hanuman. Bajrangbali, as popularly called by most of his devotees, is believed to put an end to all miseries and hardships faced by his devotes. His other names are Sankatmochan, Dukhbhanjan, Maruti Nandan, Pawanputra. This year, the Hanuman Jayanti is celebrated on April 19, coinciding with Good Friday. Hanuman, son of wind-god Pawan, is described to have superhuman-like qualities in the scriptures. He could fly and lift an entire mountain. A devotee of Lord Rama, he played a crucial role in the battle between with Ravana in Lanka.

On Hanuman Jayanti, people recite the Hanuman Chalisa, which has 40 verses. Chanting 'Rama' is believed to bring the devotees closer to Lord Hanuman. On this day, devotees visit temples dedicated to Lord Hanuman and offer special prayers and chant mantras and Sundar Kaand paath. Others observe a day long fast to commemorate Hanuman Jayanti.

Every year, this day is celebrated on full moon day of Chaitra month of the Hindu calendar. Hanuman Jayanti Purnima Tithi Begins on 7:26 PM on April 18 and Purnima Tithi Ends on 4:41 pm on April 19.

In the Southern states like Telangana and Andhra Pradesh devotees observe 41 days of Deeksha on Chaitra Purnima that lasts till the Hanuman Jayanti day. In Tamil Nadu, Hanuman Jayanti is celebrated on the Margazhi month of Moola nakshathra. Lord Hanuman was born on moola nakshathra in the same month. In Karnataka, the festival is observed on Shukla Paksha Trayodashi during Margashirsha month which is known as Hanuman Vratam.