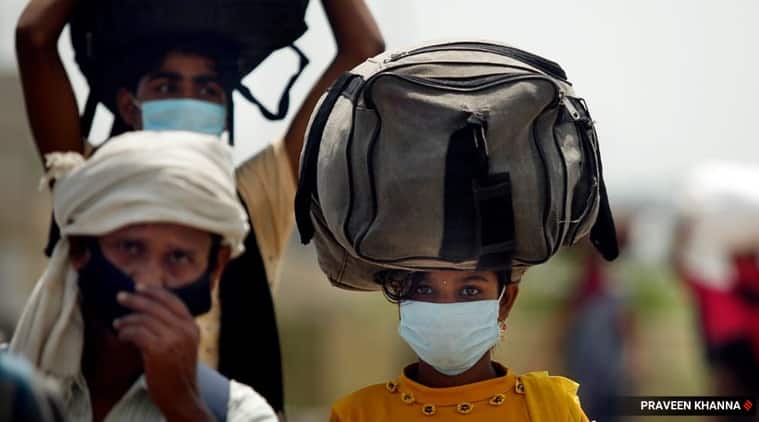 Migrants walks to board a bus from Ghaziabad to Kanpur, in New Delhi on Saturday. (Express Photo by Praveen Khanna)

Vice President M Venkaiah Naidu on Sunday urged people to handle the next phase of the lockdown with care and responsibility while consolidating the gains from the previous versions of the nationwide shutdown.

In a post on Facebook titled ‘Unlock -1: Handle With Care’, he said it marks the beginning of a phased withdrawal of the lockdown and that this was the response of the national leadership to the demands of the people for more space for social and economic activities.

He wrote: “The journey from Lockdown 1.0 to it’s fifth version, also called as Unlock-1, announced last night is a response of the national leadership to this justifiable demand for space from the people of the country. Tomorrow (Monday) marks a new beginning towards recovering the lost space and to rebound from long confinement, with a severely pruned list of prohibited activities and that too only in confinement zones. This rebound, beginning with Unlock-1, should be handled with care and responsibility by all the stakeholders.” The Vice President observed that relaxations during Lockdown 4.0 resulted in infections scaling a new peak almost every day since May 18. “This provided guidance for actions as the nation is set on the course of a phased exit from confinement,” he said.