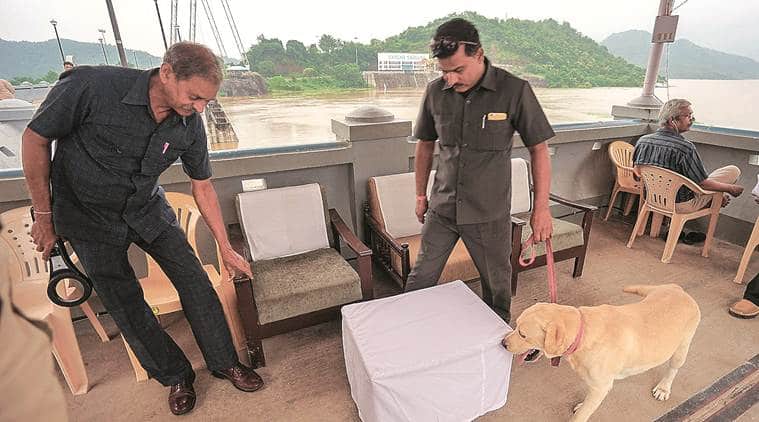 The stage is set for a grand birthday celebration of Prime Minister Narendra Modi on Tuesday at Kevadia Colony, where he is scheduled to participate in Namami Narmade Mahotsava, an event organised by the state government to mark the occasion of the Sardar Sarovar Dam crossing its Full Reservoir Level (FRL) of 138.68 metres.

On Monday, dog squads and security agencies continued to sanitise the “A” frame of the dam where Modi will offer obeisance to Goddess Narmada under the guidance of Viranchiprasad Shastri, a priest from Nareshwar who had also presided over the 2017 event of the inaugural puja.

According to officials, as many as 100 priests will chant prayers along the riverbank of Narmada, while Modi will offer a coconut and chunri to the river.

A platform has been erected at the ‘View Point-3’ of the dam under a waterproof dome from where Modi will address a gathering.

Narmada District Collector I K Patel said while tourists are advised to arrive after noon, there will be no restrictions in place for visitors to the dam and the Statue of Unity.

According to the data of the Narmada Control Authority, the water level in the dam has reduced to 138.61 metres Monday, after the much-celebrated feat of the reservoir touching 138.68 metres or its FRL. The current live storage in the reservoir is 5,737 MCM with the inflow of water from MP reducing to about 4 lakh cusec.

The Sardar Sarovar Dam is also releasing a commensurate amount of water downstream through its gates as well as the Riverbed Powerhouse (RBPH) which has been operational since August 11.

Following Modi’s landslide victory in the 2014 Lok Sabha elections, the Narmada Control Authority granted permission to raise the height of Sardar Sarovar Dam from 121.92 metre to 138.68 metre. With a length of 1.2 kilometre and depth of 163 metre, the project is supposed to be the third largest dams in India.

The maximum water level of the dam is 140.21 metres, which means that the authorities will be able to fill up the reservoir to 140.21 metres beyond 138.68 metres.