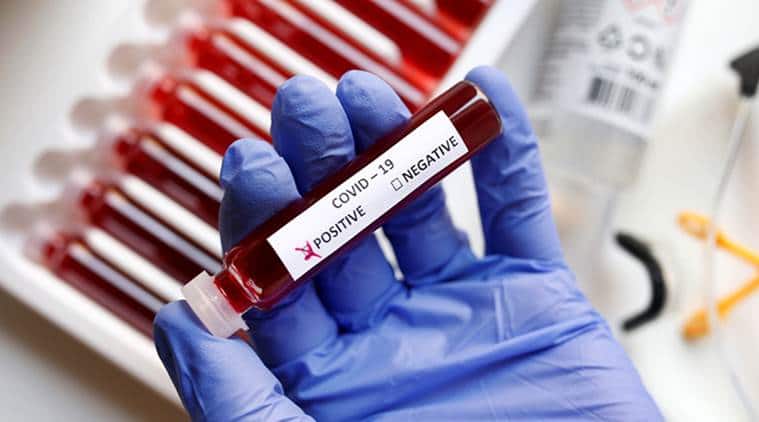 ‘Three days after BJP MLA from Nikol in Ahmedabad Jagdish Panchal tested positive for Covid-19 and admitted at Apollo Hospital in Bhat, Gandhinagar, his son and wife, too, were admitted to same hospital on Saturday. (Representational)

With 27 more deaths recorded in Gujarat on Saturday, 24 of which were reported from Ahmedabad, the Covid-19 fatality in the state stands at 1,011. The case fatality rate continues to be well above the national average, at nearly 6.2%.

While Gujarat saw the highest number of discharged patients in a single day at 621, of which 518 were from Ahmedabad, it also reported 416 new cases, reporting over 400 cases for the second time this week, taking the state’s total to nearly 16,400. Among those discharged in Ahmedabad was a Civil Hospital nurse.

Ahmedabad reported 284 cases, with six patients from the Dascroi taluka in the rural jurisdiction, while 276 other cases from the AMC jurisdiction. Among the 276 were the leader of opposition in AMC Dinesh Sharma (Congress) and his 18-year-old son, who were then admitted at SVP Hospital after their reports turned positive. Sharma’s wife and daughter were home quarantined.

‘Three days after BJP MLA from Nikol in Ahmedabad Jagdish Panchal tested positive for Covid-19 and admitted at Apollo Hospital in Bhat, Gandhinagar, his son and wife, too, were admitted to same hospital on Saturday.

Vadodara crossed the 1,000-mark with 28 more cases, taking the total here to 1,023. Surat saw the highest single-day jump till date with 59 new cases reported. Gandhinagar reported 12 more cases with one more patient succumbing to the infection. One Covid-19 patient died in Mehsana and Banaskantha each. Total 4,299 samples were taken in 24 hours.

On Saturday, in a press conference held by independent MLA Jignesh Mevani and Gujarat High Court advocate Anand Yagnik, it was alleged that an expensive immunosuppressive injection – Tocilizumab – was not being administered to poor patients but only to those with political connections in the higher echelons or those referred by the medical fraternity. They also alleged that the government does not have the necessary stock despite assurances by senior officials. Mevani claimed that his aide’s parent, after being prescribed the injection, died due to unavailability of stock.

Dismissing the allegations, the Ahmedabad Civil Hospital issued a clarification. According to the hospital, the injection is only used in cases where a cytokine storm, that is when the immune system goes on an overdrive, is reported.

In other cases, several other conditions need to be kept in mind before administering this drug, including examining pulmonary condition through specialised tests and an absence of any other infection in the lungs such as tuberculosis or sepsis. The hospital also clarified that till date the injection has been administered in 21 patients at the Civil Hospital, subject to fulfilment of the above-mentioned conditions.

A doctor of the orthopedic department of Ahmedabad Civil Hospital, aided by a web developer, has devised a “Covid-19 care” mobile application to coordinate duty lists of doctors, scheduling and videos for guidance on donning and doffing PPEs.