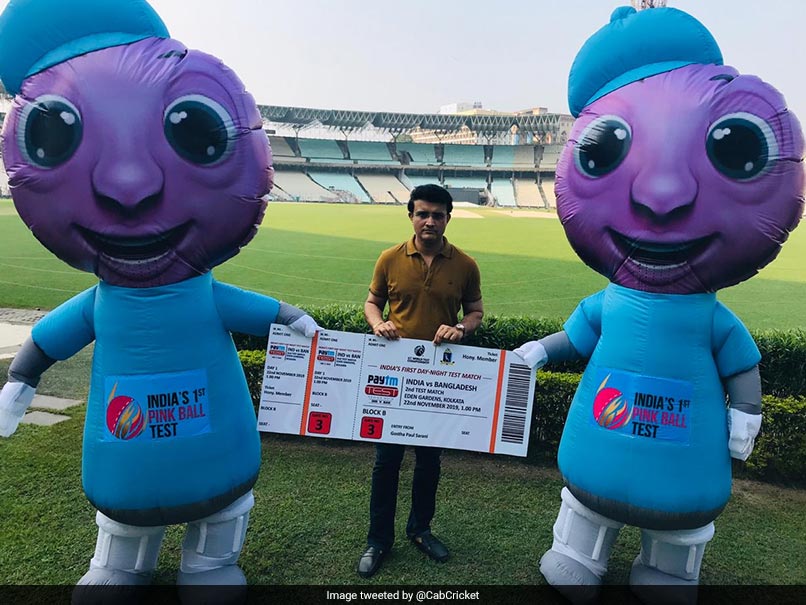 Sourav Ganguly, the Board of Control for Cricket in India (BCCI) president, has said that Virat Kohli will be extremely happy to see a packed house when India host Bangladesh for their first-ever Day-Night Test at the Eden Gardens in Kolkata starting Friday. "He is a great player and he should be playing in front of packed house. He will be happy to see it full house when he walks out to bat on day one. You will love the atmosphere at the Eden so come and watch," Ganguly said on Sunday.

Ganguly added that the greats of Indian cricket should not play in front of empty stands and Eden Gardens will not disappoint.

"You can't have greats of the Indian cricket play in front of empty stands. And here you will have full house for the first three days," Ganguly added.

Ganguly also believes that the Day-Night format will give Test cricket the much-needed rejuvenation.

India's Test series against South Africa witnessed a poor turnout but the tickets for the first three days of the pink-ball Test have already been sold out.

"It happens all around the world. Somewhere it had to start. India is the biggest country in terms of cricket. I think that rejuvenation was important."

"The challenge was to get people back into the ground. An India-Pakistan match would anyways get filled anywhere in the world. You just announce it and the crowd will be filled," the former India skipper said.

"This was much more difficult and we managed to fill 65,000 on each of the first three days. It feels more satisfying." Ganguly said.

As far as the series in concerned, India crushed Bangladesh by an innings and 130 runs inside three days to take 1-0 lead in the two-match rubber on Saturday.