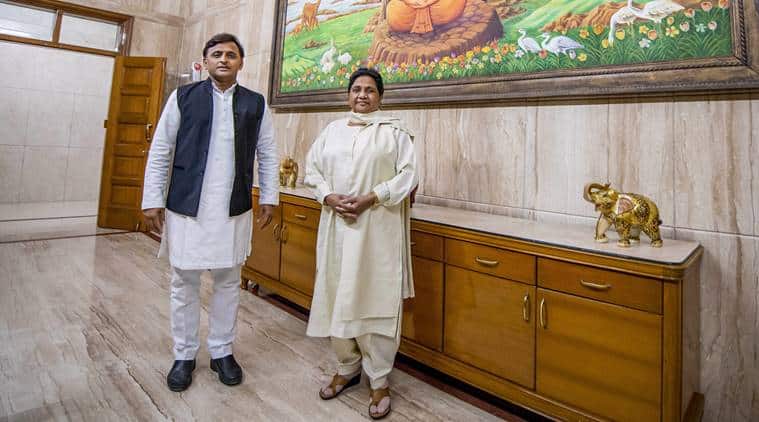 On three seats — Baghpat, Machhlishahr and Mohanlalganj — the alliance candidates managed to get more than five lakh votes, but still lost. Alliance candidates crossed the four- lakh vote mark on 24 seats and three-lakh on 25 seats in the state.

The alliance lost some seats by thin margins, such as Machhlishahr seat, where BSP candidate Tribhuvan Ram lost to BJP candidate Bholanath by just 181 votes. The BSP candidate here managed to get 4,88,216 votes with a vote share of 47.17 per cent.

Another seat where there was a close contest was Meerut where the the victory margin was 4,729 votes between BSP candidate Haji Mohammad Yaqoob and BJP candidate Rajendra Agarwal. Yaqoob lost the seat after a close fight. He got 5,81,455 votes with a vote share of 47.8 per cent.

Another close contest was between RLD chief Ajit Singh in Muzaffarnagar where the margin of victory for BJP MP Sanjeev Balyan was 6,526 votes. In the seat, the BJP candidate got 5.73 lakh votes, whereas Ajit Singh got 5.67 lakh votes with a vote share of 48.9 per cent. In Chandauli, the margin of victory for BJP state president Mahendra Nath Pandey against the SP’s Sanjay Singh Chauhan was 13,959 votes. Chauhan managed to get 4.96 lakh votes with share of 45.79 per cent of votes.

In Kannauj, SP chief Akhilesh Yadav’s wife Dimple Yadav also came close to winning, but lost by a margin of 12,353 votes. The sitting MP got 5.50 lakh votes with a vote share of 48.29 per cent.

Other seats which saw similar contests include Badaun, where Akhilesh Yadav’s cousin Dharmendra Yadav, who won the seats for last two consecutive elections, lost to UP Cabinet minister Swami Prasad Maurya’s daughter and BJP candidate Sanghmitra by 18,454 votes. RLD national vice-president Jayant Chaudhary, who was leading till evening, lost in Baghpat to Union minister Satyapal Singh by a margin of 23,502 votes.

The BJP’s vote share in Uttar Pradesh increased from 42.63 per cent in 2014 to 49.56 per cent this time. The number of seats won by the BJP in the state came down marginally from 71 to 62 seats this time. It Sally Apna Dal, which had won two seats last time, has again managed to win two seats it contested on.

The Congress, which had won two seats in 2014, managed to only win a seat after it lost Gandhi bastion Amethi where party president Rahul Gandhi contested against union minister Smriti Irani. The party’s vote share went down from 7.53 per cent in 2014 to 6.31 per cent this time.