Ganguly Captures "Tremendous Atmosphere At Eden For The Pink Test" 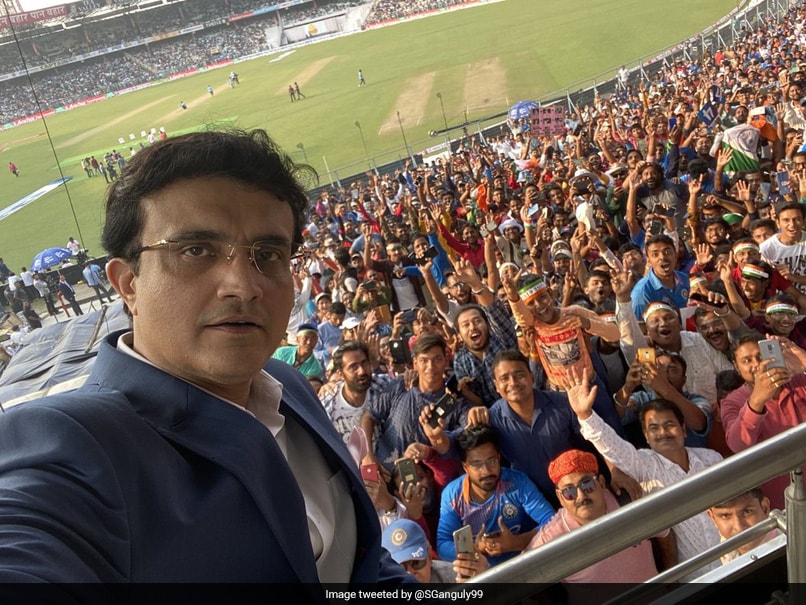 BCCI president Sourav Ganguly, the pioneer of the pink-ball Test in India, acknowledged the fan support at the Eden Gardens on the historic occasion through a tweet. Sourav Ganguly, affectionately known as the Prince of Kolkata, took a selfie with the Eden Gardens spectators and tweeted it along with a message. "Tremendous atmosphere at Eden for the pink test," Ganguly tweeted. Sourav Ganguly had also invited Bangladesh Prime Minister Sheikh Hasina to grace the occasion. She accepted the invitation and was also seen ringing the bell along with West Bengal Chief Minister Mamata Banerjee.

Fans also thanked "Dada" for the historic day in Indian cricket while some think the BCCI president is working hard.

"Glad to see BCCI president is working hard," one the fan tweeted.

"Historic day in Indian Cricket. Thank You Dada," another said.

Ganguly had proposed the Eden Gardens Test to be a day-night match to Bangladesh Cricket Board (BCB) soon after he took office as the BCCI president. BCB accepted the proposal made by Ganguly and as a result both India and Bangladesh are playing their maiden pink-ball Test.

So far, 11 day-night Tests have been played worldwide since Australia and New Zealand played the first-ever pink-ball Test at the Adelaide Oval in November 2015.