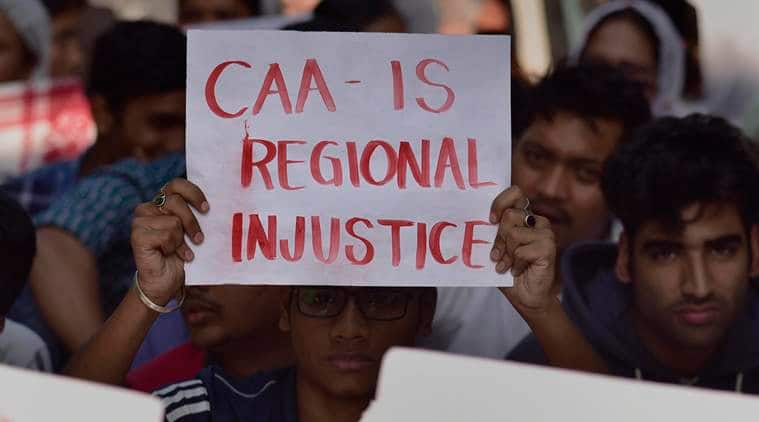 Highlighting several problematic aspects of the Citizenship Law, activist Ganesh N Devy termed the Act as unconstitutional, politically motivated owing to upcoming assembly elections in states including West Bengal and Assam, and socially divisive and an attempt at fear mongering. He was addressing a public meeting in the city on Saturday.

Expressing concern over several de-notified tribes in Gujarat and elsewhere in the country, Devy questioned how the tribes that were de-notified between 1950 and 1952 will prove their citizenship.

“Beginning August 1952, when the notification of criminality was withdrawn, the process of de-notification began. Our first voters list was made between 1950 and 1952 which is why our first register of citizens drawn in 1951 might not have the names of the de-notified tribes because they were included after it was made. The 1955 Act says that anyone who has been de-notified until this cut-off date is automatically a citizen. But there is no documentary evidence to prove it… they were in detention camps and they were given no documents. They had neither any belonging nor any papers. There is no communication or order sent individually upon de-notification that ‘you were in jail for so many years and now you are free’.”

Giving a call to unite and start a people’s movement which is unhindered by organisational or personal differences, Devy said, “It will be a great message if all Gandhian and Samajwadi institutions moved court. It is very clear that they have differentiated between religion. The Indian Constitution is the only one that is both unitary and federal. Had (Mahatma) Gandhi, (BR) Ambedkar been alive today, they would have been very angry.” However, Devy implored that at no point, an agitation should turn violent. “You will be provoked a lot but don’t turn violent. What happens in Ahmedabad, has an impact all over the country.”

According to Devy “Of the nearly more than 80 lakh tribals in Gujarat, 35 to 40 lakh don’t have any papers (to substantiate citizenship)”. Urging people to move courts with petitions opposing the law, Devy emphasised that the Citizenship Law does not stand the test of reasonable classification.

“Why not Bhutan or Nepal? They are our neighbouring countries… there were so many Gorkhas who came here. From Tibet, with Dalai Lama, thousands of Buddhists came here. But we are not talking of giving citizenship to them… So you are saying you will accept Buddhists from Bangladesh but not from Tibet who are already settled here since years, that too when there was mutual understanding (between both the countries) that we will treat them with utmost sympathy.” “There are many other communities… theosophists, atheists, neo-Buddhists, many shades of Muslims (who have found no mention), then how is it “reasonable classification”? The Bauls of Bengal are not mosque-going Muslims. They are like Sufis. What about them? What about Sufis? Will our government exclude them (as citizens) for teaching compassion and love? Imagine someone like (poet) Kabir. He was half-Muslim, half-Hindu. This law is dividing communities.”