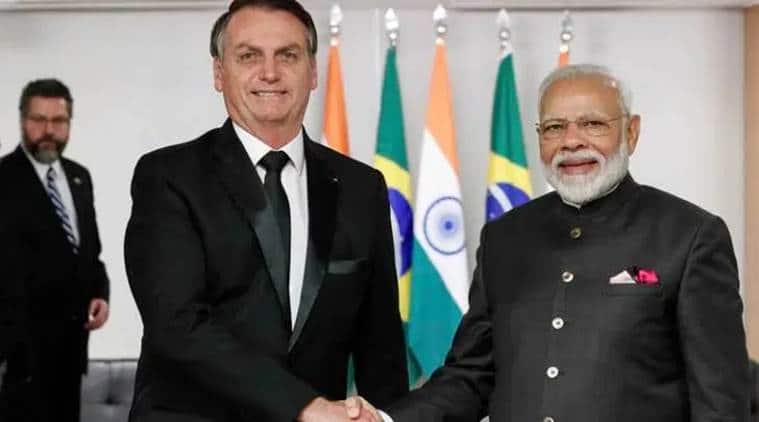 US President Donald Trump and Brazilian President Jair Bolsonaro thanked India and Prime Minister Narendra Modi for the “timely assistance” in releasing ingredients for anti-malarial drug hydroxychloroquine (HCQ), seen as useful in the treatment of COVID-19.

“Extraordinary times require even closer cooperation between friends. Thank you India and the Indian people for the decision on HCQ. Will not be forgotten! Thank you Prime Minister @NarendraModi for your strong leadership in helping not just India, but humanity, in this fight!” Trump tweeted late on Wednesday night.

Prime Minister Modi Thursday said India will do everything possible to help humanity’s fight against COVID-19, responding to Trump thanking him for allowing the export of hydroxychloroquine. HCQ is deemed as a potential preventive drug for the deadly coronavirus. “We shall win this together,” Modi said, responding to a tweet by Trump.

“Fully agree with you President @realDonaldTrump. Times like these bring friends closer,” he said, adding that the India-US partnership is “stronger than ever”.

“India shall do everything possible to help humanity’s fight against COVID-19,” the Prime Minster said.

Brazil’s Bolsonaro, in his address to the nation Wednesday, said, “As a result of my direct conversation with the Prime Minister of India, we will receive, until Saturday, raw material to continue producing hydroxychloroquine, so that we can treat covid-19 patients, as well as malaria, lupus and arthritis.”

“I thank Prime Minister Narendra Modi and the Indian people for this very timely assistance to the Brazilian people.”

Brazil has the highest number of Covid-19 cases in South America with more than 14,000 infections and almost 700 deaths, while the US has emerged as the epicentre of the pandemic now with more than 4 lakh cases and 14,000 deaths.

In a letter following his phone conversation with Modi, Bolsonaro had invoked the Ramayan, comparing HCQ to the Sanjeevani booti (herb) in the epic. “Just as Lord Hanuman brought the holy medicine from the Himalayas to save the life of Lord Rama’s brother Laksmana, and Jesus healed those who were sick and restored the sight of Bartimeu, India and Brazil will overcome this global crisis,” Bolsonaro said in his letter to Modi.

India is the largest manufacturer and exporter of hydroxychloroquine in the world. Last Saturday, the Directorate General of Foreign Trade (DGFT) had banned exports of HCQ and its ingredients, given the rise in cases of Covid-19 in India. This ban was reversed Monday, the day Trump threatened retaliation if India did not lift the ban.