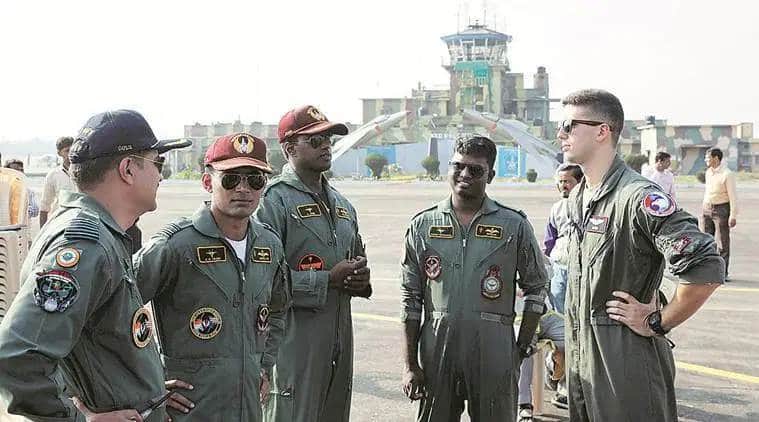 In what will be the first ever joint exercise involving the Army, Navy and Air Force of both India and the United States and commanded by each other, the tri-services joint exercise between the two countries, announced by US President Donald Trump during Prime Minister Narendra Modi’s event in Texas in September, will start in Visakhapatnam on Wednesday.

Although it is a Humanitarian Assistance and Disaster Relief (HADR) exercise, defence sources said there will be exercises for a “limited threat scenario” as well.

For India, Naval ships Jalashwa, Airavat and Sandhayak, Army troops from 19 Madras and 7 Guards, and MI-17 helicopters and Rapid Action Medical Team (RAMT) from the Air Force will participate. The US will be represented by US Navy Ship German-town, with troops from US Third Marine Division.

The exercise is part of strengthening the Indo-US strategic partnership, and defence sources said it is the “next best thing in the absence of a strategic alliance”. The two countries will work out the modalities of how their forces can operate under the command of forces of the other nation.

Unlike other joint exercises that India holds with other countries, sources said Tiger Triumph is “not under any UN mandate”. It means exercise will be a simulation where the joint forces will “go to a hypothetical third nation for HADR”, a source explained.

The exercise will prepare the joint forces to conduct humanitarian and relief work in the region in case a third nation ever asks for such assistance, which is not covered by a UN mandate.

A common structure will be shared by forces of the two nations, with US marines also coming under the Indian command for certain exercises, sources said. For the exercises on land, India will hold the command, while the command will be shared for exercises in sea.

The first ever 2+2 dialogue between the two countries took place in 2018.