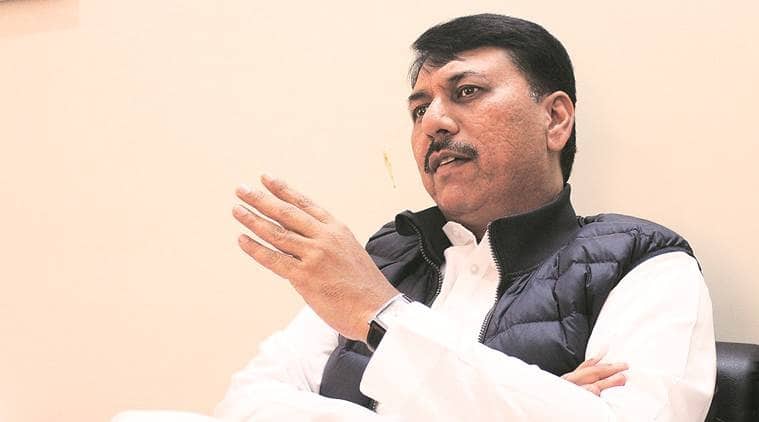 The Congress chief blamed the BJP-led government for exploiting the education sector in Gujarat. (File)

Demanding immediate filling up of pending vacancies in government posts, Gujarat Congress president Amit Chavda said on Thursday that the youth of Gujarat have been facing the “dual impact of coronavirus and unemployment due to inefficiency of the BJP-led state government”.

Amit Chavda, president of Gujarat Pradesh Congress Committee (GPCC), interacted with a few government jobs aspirants in Ahmedabad on Thursday and criticized the state government for its alleged “apathy when it comes to listening to the woes of the youth”.

“Today, if any youth who belong to lower or middle income class in Gujarat, aspires for a government job, then they have to spend thousands in coaching, books and incur the cost of moving to a city for preparation. They struggle day and night for the examination yet the government either never holds the examination, or they do not announce the results in time or fill up the vacancies. In today’s times, the same youth can become the strength of the government by joining the system and fighting against coronavirus. However, due to apathy and inefficiency of the government, today, the youth of Gujarat is facing the dual impact of coronavirus and unemployment,” said Chavda.

“The exam of junior clerk in Talati has not been held since September 2018 when the government last time declared the vacancies. It is an important post where the government employee has to interact with the people in villages and help solve their problems. Similarly, there are 334 vacancies of Van Rakshak (Forest Guard) that were declared in November 2018 but exams were not held. Similarly, when it comes to TAT (Teachers Aptitude Test) and TET (Teachers Eligibility Test), vacancies were announced in October 2017, exams were also held but till now, posting has not been given. Teachers are responsible for shaping the future of the next generation yet they are being sidelines. In the Bin Sachivalay exam held last year, lakhs had applied for the posts but there was rampant corruption and cheating in the test. The government had to cancel the exams after students hit the streets in Gandhinagar but even after six moths, the re-examination dates have not been announced,” said Chavda.

The Congress chief blamed the BJP-led government for exploiting the education sector in Gujarat.

“We all know that the state government has been involved in commercialization and exploitation of the education sector in Gujarat. On one hand, they are saying that thousands of vacancies are being created and on the other, they won’t even announce the exam dates. This is not just the ordeal of the students but the entire state,” said Chavda.