Taking a dig at the Centre over the farmers’ protest, Congress general secretary Priyanka Gandhi Saturday asked the government why was it preventing the peasants from coming to Delhi to raise their demands.

In a tweet, Priyanka Gandhi said the BJP government, in its campaigns, harps on the welfare of farmers but they were not allowed to speak when they raise their demands.

“What is the reason that farmers are being prevented from coming to Delhi and raising their demands? The BJP government, in its campaigns, talks about the welfare of farmers. But when farmers of Uttar Pradesh say they want sugarcane arrears, loan waiver and cut in electricity prices, why are they not allowed to speak?” Priyanka Gandhi tweeted.

Hundreds of farmers from Uttar Pradesh on Saturday marched towards Kisan Ghat in Delhi to protest against the poor state of the agrarian sector in the country.

They were, however, stopped at various entry points of Delhi-Uttar Pradesh border, leading the agitating farmers to lay siege, throwing the traffic on eastern borders of the national capital out of gear. However, a delegation was allowed to meet officials at the Krishi Bhavan.

The farmers squatted on roads as Uttar Pradesh authorities put up barricades on NH-9 and NH-24 and diverted traffic heading towards Delhi. Security, para-military and fire brigade personnel were deployed in the area.

Holding the BJP government responsible at the Centre and state, the farmers, protesting under the banner of Bharatiya Kisan Sangathan (BKS), have demanded 15 promises, including immediate payment of sugarcane crop dues, complete loan waiver, making electricity used in farming free and pension for aged farmers.

They also demanded that the cow maintenance fee set by the government of Uttar Pradesh, which is currently at Rs 30 per day, should be increased to Rs 300 per day. 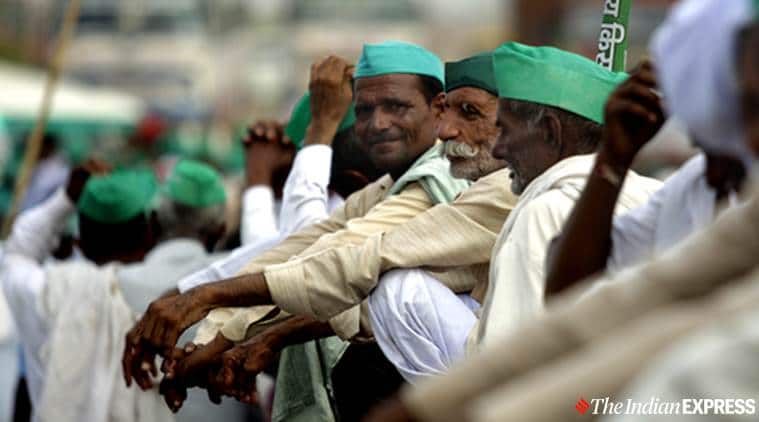 On Friday, the protesters had reached Noida, where representatives of the Ministry of Agriculture and Farmers’ Welfare met them. The farmers had started their march from Saharanpur on September 11.

Meanwhile, UP minister of sugarcane development and sugarcane mills Suresh Rana had earlier said the UP government had set October 31 as the deadline for sugar mills to clear dues of cane growers.