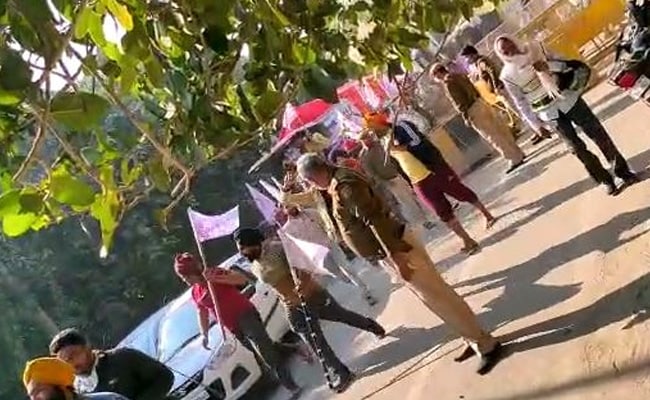 The farmers broke the barricades at the Delhi-Haryana border near Narela near Delhi.

A group of farmers protesting against the central new agricultural laws today broke barricades at the Delhi Haryana border near Narela in Delhi. The barricades were placed to slow the farmers' "Dilli Chalo" march which has been on for the past few days.

The farmers managed to get through the barricades, raising slogans, and carrying flags. They crossed the choke point on tractors, cars, motorcycles, and on foot, even as the police personnel deployed at the spot watched.

The protesters, who have braved tear gas, water cannons and lathi-charge during their agitation, have said they have enough essentials to continue their protests for up to six months.

The farmers are protesting three new laws aimed at bringing reforms by doing away with middlemen and improving farmers' earnings by allowing them to sell produce anywhere in the country. They allege the laws will deprive them of a guaranteed minimum price and leave them at the mercy of corporates.