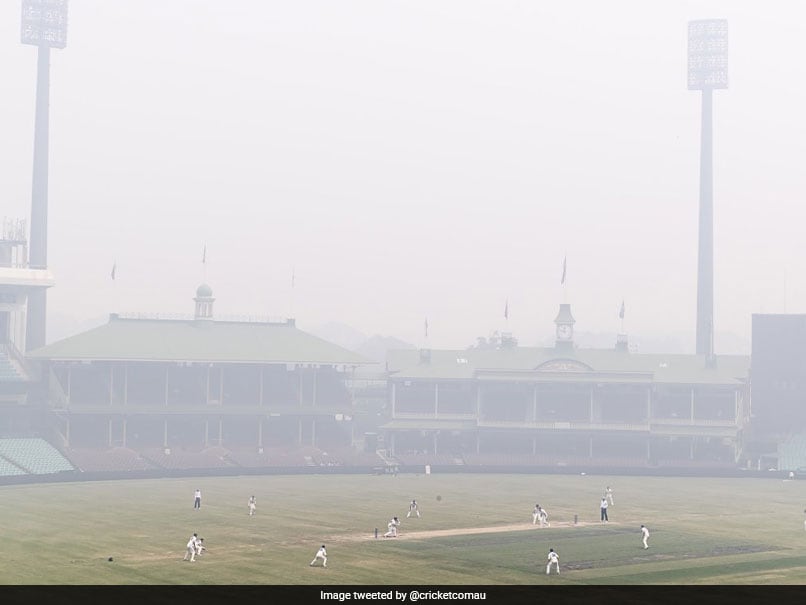 Sydney Weather deteriorated significantly after the smoke emanating from the bushfires engulfed the area surrounding the eastern coast of Australia. The Air Quality Index (AQI) also reached an alarming level in the city, reminding several Australian players of the hazardous air quality in India. Amid such weather, New South Wales (NSW) and Queensland completed their Sheffield Shield match at the Sydney Cricket Ground on Tuesday. While the match ended in New South Wales' favour, their left-arm off-spinner Steve O'Keefe was appalled by the weather condition in which the match was played as he described the air quality as "shocking" and "far worse than India".

"That air quality was shocking. The doctor was all over it and speaking to us about it, and the fact the game wasn't going to go all day was considered, but in the future they need to look at it because it's not healthy - it's toxic. That was far worse than (India)," Steve O'Keefe was quoted as saying by espncricinfo.com.

New South Wales won the match by nine wickets to go on top of the points table with five wins and a draw after six matches.

Another Australian international Usman Khawaja, who leads the Queensland side, said that the air quality reminded him of "playing in India".

"When we arrived here this morning it reminded me of playing in India," Khawaja said, comparing Sydney's weather to India's air quality.

Despite describing the conditions as bad to play in, he didn't rate it as totally "unplayable".

"It was just hard to breathe, there was a lot of smoke. I was only out there for about five overs but it just got stuck in your throat. I was actually surprised the bowlers were bowling for that long, I thought they would have taken out of it. It was bad but it wasn't unplayable," Khawaja reacted to air quality.

New South Wales all-rounder Moises Henriques was adjudged the Man of the Match for his game-changing knock of 116 runs.