Divided on CAA or economy as key issue, Congress calls for balance 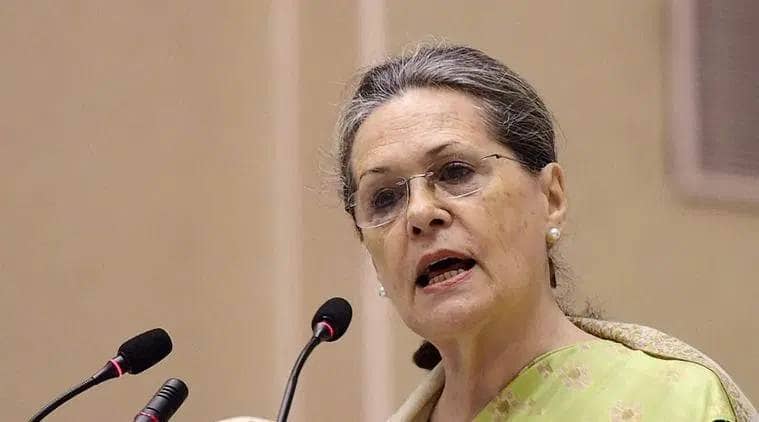 A meeting of the top leadership of the Congress on Monday to decide the party’s strategy for the Budget Session of Parliament saw divergent views emerging.

While a section of leaders argued that the party should aggressively raise the CAA-NPR-NRC issue — by even boycotting the President’s Address or protesting during his speech on the opening day on Friday — most leaders disapproved.

The overwhelming view was that the party should not focus only on CAA-NRC protests during debates after the President’s Address and on the Union Budget, and should instead try to put the government on the mat on other issues, including the economic slowdown, ballooning unemployment, and price-rise.

In the end, it was decided party MPs will hold a protest in front of the Mahatma Gandhi statue in the Parliament complex in the morning and observe a silent protest during the President’s Address, probably wearing black armbands.

The Budget Session begins on Friday, with the President addressing a joint session of Parliament.

The divergent views reflect the dilemma in the party over the continuing CAA-NRC protests. Sensing that too much focus on “divisive issues” such as CAA and NRC could end up helping the BJP, the party has been trying desperately to bring back the narrative to livelihood issues, or strike a balance. Former Congress president Rahul Gandhi, for instance, made no direct reference to the protests during his speech at a rally in Jaipur on Tuesday and made only a passing mention of the new citizenship law, NRC and NPR. Rahul said Prime Minister Narendra Modi talks of these issues but is silent on “real issues” such as unemployment.

At the Congress meeting, sources said, party’s chief whip in Lok Sabha Kodikunnil Suresh and AICC general secretary in charge of organisation K C Venugopal were of the view that the party should think about steps such as boycotting the President’s Address or raising the issue during the speech to reflect the mood outside. But senior leaders such as Leader of Opposition in Rajya Sabha Ghulam Nabi Azad, Anand Sharma and party’s Lok Sabha leader Adhir Ranjan Chowdhury — and even former Prime Minister Mahmohan Singh and party chief Sonia Gandhi — were not comfortable with the idea.

“There was a strong view that something has to be done. But others argued that a responsible party like the Congress cannot disrupt the President’s Address, as he is the Constitutional head and it will not send a right message,” a senior Congress leader said. “We can make these points regarding NPR and NRC and attack the government during the debate on motion of thanks to the President’s Address, and thereafter during the discussion on the Budget on economic issues.”

Former Union minister Manish Tewari, it is learnt, argued that the party’s attack on the government should be comprehensive. He is learnt to have said the party should nuance or balance its attack in a manner so that issues such as joblessness, collapse of the economy, and farmers’ issues are also brought to the fore along with the CAA-NRC protests and police action on the protesters.

Sharma is learnt to have argued that the Congress should raise its voice against the assault on the Constitution and fundamental rights of the citizens. But he is also learnt to have pointed out that the party should adopt a wider embrace of issues so that the BJP is not given an “opportunity to polarise.”

Stephanie Davis Speaks out in an emotional Instagram Message, Following Caroline Flack’s Death. What do you think? Right?