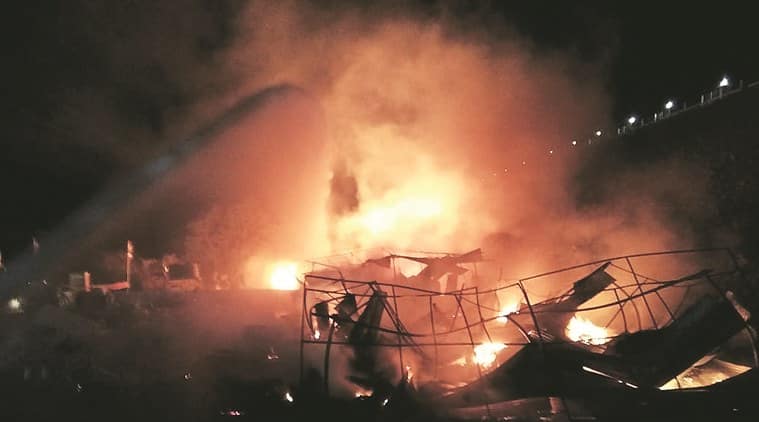 In the notice, the Directorate General of Health Services (DGHS) has asked why an order of cancellation of registration should not be issued.

In the notice, dated June 6, the DGHS had mentioned the sequence of letters issued by it to the facilities here, asking them to submit a valid copy of a fire safety clearance certificate, and also mentioned the one received by the Directorate from the Delhi Fire Services.

“Whereas, a letter… dated 2.8.2018 was issued by this Directorate (DGHS) directing therein to submit a copy of valid fire safety clearance certificate from Delhi Fire Service within one month of receipt of this letter,” the notice read.

Another letter was issued by the DGHS on February 14 to submit the fire safety certificates as per the provisions laid down under the Delhi Nursing Homes Registration Act, 1953 and Rules framed thereunder from time to time, the sources said.

A letter was received from the chief fire officer, Directorate of Delhi Fire Service mentioning therein that hospitals and nursing homes fall under the category of institutional buildings, which having a height of more than 9 m or having a ground floor and two upper stories, including a mezzanine, are covered under the norms, the notice said.

“Fire and life safety requirements vary according to the year of construction or conversion of occupancy and accordingly, each individual case along with sanctioned building plans, including section/elevation of the premises… widths of exits duly marked with stipulated fire and life safety provisions as per NBC are required to be forwarded by thread concerned local authority or licence issuing agency before issue of licence for necessary scrutiny,” the letter from the chief fire officer had read, as quoted in the notice.

The director general in the DGHS, further said in the notice, “Therefore, in the exercise of powers conferred under… Delhi Nursing Home Registration Act, 1953…, hereby issue a notice to show cause within one calendar month from the date of receipt of this notice, as to why an order of cancellation of registration” should not be issued, since there is a violation of a section of the act.

The notice has been addressed to keepers, medical superintendents and directors of all registered nursing homes which have not submitted fire safety clearance certificates.