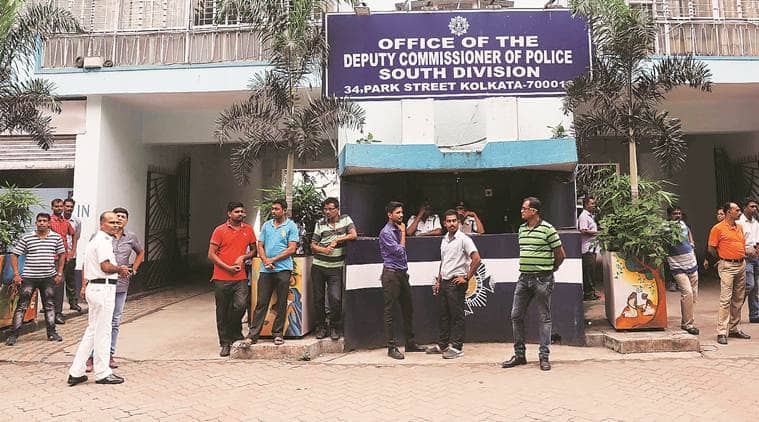 The CBI had on Friday summoned him for questioning, hours after the Calcutta High Court set aside its interim order granting protection to the 1989-batch IPS officer from arrest in the Saradha scam probe. Kumar was asked to appear for questioning at CBI’s office at CGO Complex in Kolkata between 10 am and 3 pm but “did not appear despite summons”, an official of the agency said.

People close to Kumar said he is seeking legal advice and can move the Supreme Court against the High Court order. He may also seek anticipatory bail in Calcutta High Court, they said.

According to CBI officials, finding no response his side, a team of officials went to the CBI counsel’s residence at Ballygunge Place to seek legal advice on the basis of the High Court’s order. “We are discussing with our legal adviser and will accordingly take action,” a source in the agency said, not willing to disclose further.

A source said that Kumar has, through email, sought a month’s time to appear before the agency. Stating that he is still “untraceable”, a CBI officer said his phone was found switched off on Saturday. “Yesterday, he wasn’t home when CBI officials went there (to serve a notice) – his family members were there,” the officer added.

Meanwhile, heavy security was deployed outside Kumar’s residence – at 34, Park Street. A videographer was also stationed outside to record all movements.

While there has been speculation that the CBI may arrest Kumar, officers indicated this will depend on whether he cooperates with the probe. According to CID officers, Kumar has been on leave since Tuesday —- initially for 10 days, and now for nearly a month, over personal reasons.

The 1989-batch IPS officer is accused of tampering with evidence and withholding vital evidence and documents, allegedly to shield influential people who had received cash from the Saradha Group.

BJP state president and MP Dilip Ghosh told the media, “No one will be spared if the CBI feels it is important to arrest him or her. He is an IPS officer and knows the law better than many of us. It’s better if he cooperates.”

Dismissing Kumar’s petition seeking protection from arrest, Justice Madhumati Mitra had on Friday observed that “no one is above the law”, and rights and liberties of a citizen guaranteed by the Constitution does not mean the person can keep away from interrogation.

“It is true that court has duty to protect and promote citizens’ right and liberty guaranteed under Article 21 of the Constitution. This does not mean that (the) right is allowed to be used by a person to enjoy special treatment to keep him away from interrogation by the investigating agency under Section 160 of the Code of Criminal Procedure,” the court order stated.