Farmers from Uttar Pradesh, who marched to the national capital Saturday, called off the agitation after the government accepted five of 15 key demands, but said they would return if the assurances are not met on time.

The farmers, under the banner of Bharatiya Kisan Sanghathan, were marching to Kisan Ghat in the city to protest against issues, including payment of sugarcane dues, loan waivers and cheap electricity. They were stopped at the Delhi-UP border and only a delegation was allowed to meet officials at Krishi Bhavan.

State president of the Bharatiya Kisan Sangathan, Rajendra Yadav, said officials promised to form a committee to look into some demands. “The officials said some of the promises do not come directly under the farming ministry, so a committee will be formed in 21 days, which will hold dialogue with the Bharatiya Kishan Sangathan,” he said, warning of another agitation if the assurances are not met. 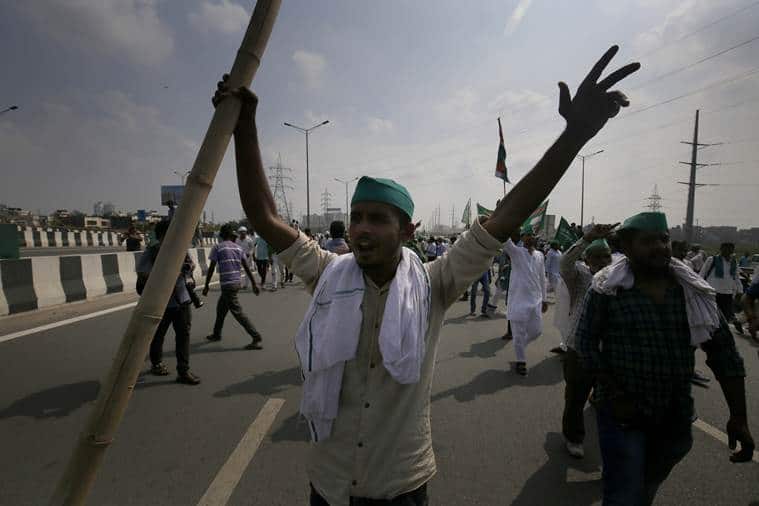 Radhe Thakur, vice-president of the Samasth Karyakarta and Kisan Biradri, said a delegation of farmers met central government officials at Krishi Bhavan after which five demands, such as an insurance scheme for farmers and their family, payment of sugarcane crop in 14 days, rejuvenation of rivers and prices of crops to be decided in the presence of farmer representatives, were agreed upon.

The farmers gathered near the Ghazipur toll as Uttar Pradesh authorities put up barricades on NH-9 and NH-24 and diverted traffic heading towards Delhi.

A large number of security, paramilitary and fire brigade personnel were deployed, apart from ambulances stationed in the area. The farmers started their march from Saharanpur on September 11. On reaching Noida on Friday, they held talks with government representatives but failed to resolve the issues.

They wanted to march to Kisan Ghat, the memorial of former prime minister and farmers’ leader Chaudhary Charan Singh.

The farmers had 15 demands, including cheap electricity for irrigation and waiving of loans. They also demanded implementation of Swaminathan Committee’s recommendations. 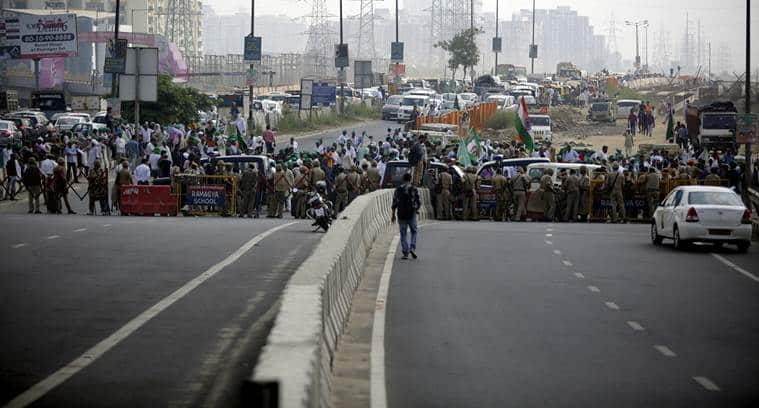 In a tweet, Congress leader Priyanka Gandhi Vadra said, “What is the reason that farmers are being prevented from coming to Delhi and raising their demands? The BJP government, in its campaigns, talks about welfare of farmers. But when farmers of Uttar Pradesh say they want sugarcane arrears, loan waiver and cut in electricity prices, why are they not allowed to speak?”