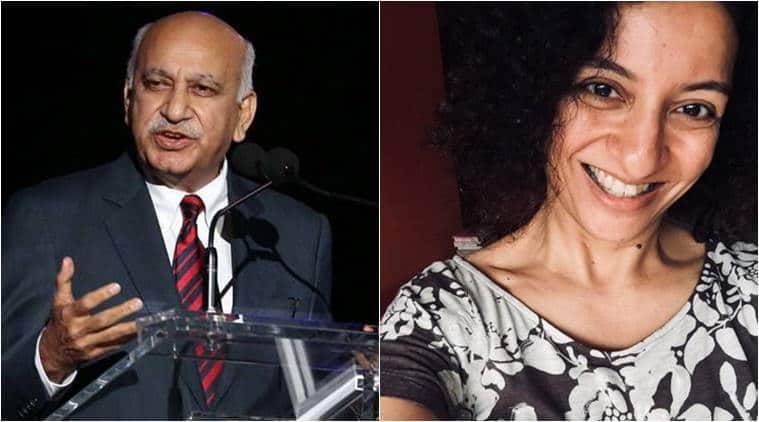 Journalist Priya Ramani’s cross-examination ended at a Delhi court on Thursday, during which she denied a slew of suggestions put forward by for Union minister M J Akbar’s lawyers and told the court that all the events described by her were not a “figment of my imagination and work of fiction.”

Along with Ramani, her friend Niloufer Venkatraman’s cross-examination also concluded before the court of Additional Chief Metropolitan Magistrate Vishal Pahuja.

The court has set December 10 as the next date of hearing, when the final defence witness will testify in court.
Ramani had last year levelled allegations of sexual misconduct and harassment against M J Akbar, who subsequently resigned as Union MoS for External Affairs and filed the defamation case.

Ramani told the court that she reactivated her Twitter account for a day to check the records and deactivated it again.

During Niloufer’s cross-examination, Luthra put forward a suggestion that since Ramani deactivated her Twitter account all of Niloufer’s tweets which Ramani had retweeted are unavailable. Niloufer denied the suggestion.
Luthra then confronted Niloufer with WhatsApp messages exchanged between Ramani and her, and suggested that this was an outcome of prior discussions between the two.

Niloufer also denied Luthra’s suggestions that the job interview between Akbar and Ramani never took place. She told the court, “It is wrong to suggest that no such interview or meeting took place, and for this reason the accused and I never mentioned or discussed her Vogue India article in 2017 when it was originally published.”