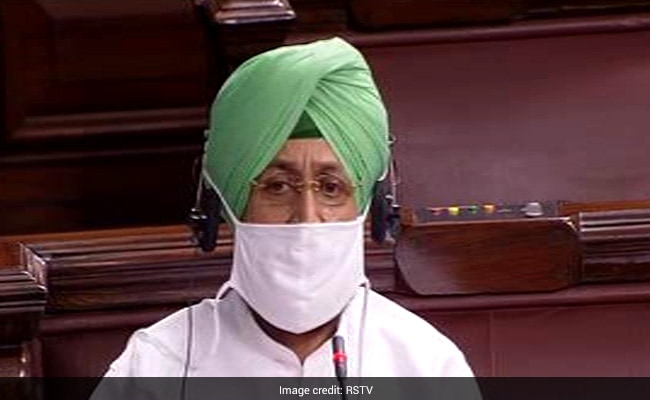 Calling the farm sector bills, two of which have been placed in the Rajya Sabha today, an attack on farmers' soul, Congress MP Pratap Singh Bajwa said his party would not sign "death warrant for farmers".

"Congress party rejects this bill... We will not sign on this death warrant of farmers... Farmers don't want this benefit that you claim are for them, then why are you trying to force feed them," Mr Bajwa said, adding that all farmers, particularly those in Punjab and Haryana, think these bills are an attack on their soul.

"Farmers are not illiterate. They understand that this is a way to do away with MSP (Minimum Support Price). Once this is passed, corporate houses will take over farmlands," the Congress MP said, adding that trade was how the East India Company and the Portuguese invaded India.

He added that agriculture and markets are state subjects and these bills are against the spirit of federal cooperative.

Congress is among the parties, including BJP's oldest ally Shiromani Akali Dal, opposing the three farm sector ordinances which were recently cleared in the Lok Sabha despite widespread protests in Haryana and Punjab, among other states. The unrest continues as farmers want these bills repealed.

Farmers' unions have raised apprehensions that the bills discontinue government support in buying their produce and that this would leave them vulnerable in the open market. Though Prime Minister Narendra Modi had tweeted that the system of minimum support price would continue, he is yet to make a statement in the parliament - as was also pointed out by Mr Bajwa today after Agriculture Minister Narendra Singh Tomar moved the two agriculture bills.

Mr Tomar has reiterated that the bills have nothing to do with the Minimum Support Price. "MSP will continue as before. I had said this in Lok Sabha and PM Modi himself has assured that the MSP will not be tampered with," Mr Tomar said.

5 Relationship Truths You Need To Know In Your 20s