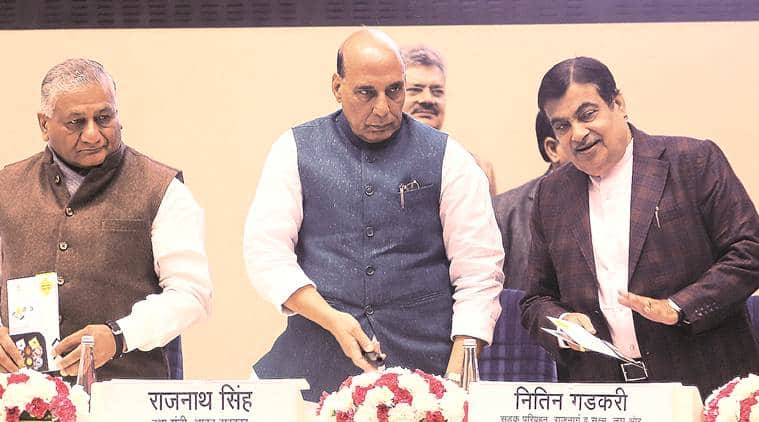 Union Road Transport and Highways Minister Nitin Gadkari on Monday said that “dead assets” in the government, who neither take decisions nor allow others to work, would be shown the door.

Addressing the Road Safety Stakeholders’ Meet, Gadkari said officials who compromised on road safety by not taking timely decisions or those who are accountable for faulty DPRs (detailed project reports) or road engineering will have to face stringent action.

“India is a country where more people die on roads than in incidents related to militancy or extremism, which is unfortunate and painful,” he said, pointing out that India topped the list of road accidents globally, with 65 per cent of victims falling in the age range of 18-35 years.

“Non-productive, non-performing, dead assets in the government should be shown the exit door. There should not be any hesitation. They lack sensitivity, they lack decision-making, they make wrong DPRs and sit on files for years. They neither take decisions nor allow others to take decisions. There is a limit to testing one’s patience,” Gadkari said.

“We will touch 30 km a day road-building this year. The Prime Minister has asked what steps have been taken against those who do not work, how many such people were given retirement. I have asked my secretary how many people were shown the door for not working,” the minister said.

Reiterating the government’s commitment to road safety, the minister said 22 driving centres have been opened and another 1,000 are on the anvil as there is a shortage of 22 lakh drivers in the country.

He also urged automobile manufacturers to come forward in this direction.

The minister also urged states to follow the example of Tamil Nadu, which has reduced road accidents by 24.4 per cent in the last 2-3 years on the back of various initiatives.

He said that Tata Trusts has proposed helicopter services at high-accident spots and suggested organ donation could be promoted in those cases where victims cannot be saved.

Defence Minister Rajnath Singh said it was a matter of concern that road safety was lagging behind, and wondered why Indians “who knew the way to reach the Moon or Mars have failed to learn the ways of safety in reaching homes and offices”.

He stressed the need to fight the “terrorist within oneself” to tackle road rage issues.