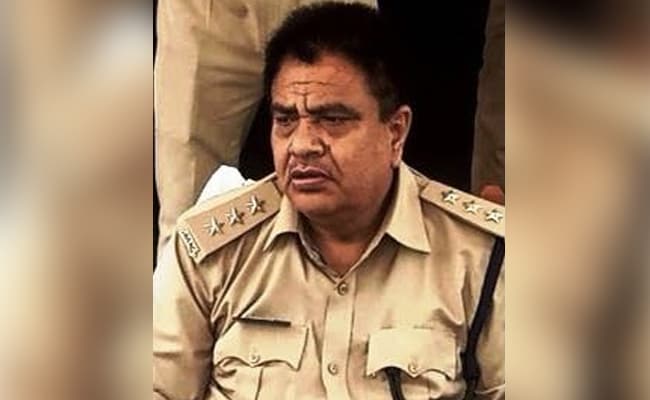 Kanpur: Devendra Kumar Mishra was killed along with seven other cops in Uttar Pradesh.

The Uttar Pradesh police are investigating a letter reportedly written by the officer who led a failed raid on notorious gangster Vikas Dubey on Friday and was killed along with seven other cops. A top officer has asked for a thorough inquiry into the letter, which, if found and verified, could be damning evidence of policemen helping the criminal.

Vikas Dubey, allegedly tipped off about the raid by an insider in the police, is missing since the massacre of cops.

Amid controversy and anger over the letter, widely circulated on social media, Kanpur's police chief claimed on Monday night that it had not been found in police records but a search was on for it.

The letter was reportedly written three months ago by Devendra Kumar Mishra, the Deputy Superintendent of Police (DSP) who was shot dead in the ambush by Vikas Dubey and his men, to his superior - then Kanpur police chief Anant Deo Tiwari.

The officer had complained in it about cops helping the gangster, especially Vinay Tiwari, the police officer in charge of the Chaubeypur police station, now suspended.

Mr Mishra had reportedly accused Vinay Tiwari of helping the criminal and shielding him against any possible police action. The letter called for strict action against the police officer.

"I am aware that such a letter is viral on social media. The preliminary search was conducted at the DSP's office and the offices of the Kanpur SSP (Senior Superintendent of Police) dispatch and receiving section. So far there are no records of this letter and we have found no file. But we are looking at it with more details and we will not hesitate to share more details," said Dinesh Kumar P, Kanpur's police chief.

Mr Mishra led a team of 50 policemen from three police stations in a raid aimed at arresting Vikas Dubey in an attempt to murder case. The criminal is charged in 60 cases including murder, kidnapping, extortion and rioting.

When the policemen approached the village before daybreak on Friday after clearing roadblocks on the route -- including an earthmover that forced them to abandon their vehicles -- they were fired upon from rooftops.

Vikas Dubey was allegedly alerted to the raid by policemen and was ready with an armed gang to attack the police. Four policemen have been suspended on suspicion of links with the criminal.

Four days after orchestrating the ambush, Vikas Dubey has still not been arrested by the UP police. On Monday, the bounty on him was raised to Rs 2.5 lakh. So far, there seems to be no information on where he could be hiding.

A Kanpur police press release sent late last evening confirmed three more arrests. One of them is a neighbor of Dubey who allegedly refused to let in cops trying to escape the indiscriminate firing by the gangster and his men. The other is Dubey's help and the third person to be arrested is a woman who allegedly pointed out hiding cops to the shooters that morning.

The suspended policemen are from the same police station, Chaubeypur, and are accused of being in regular touch with Dubey. Call records of more than 100 policemen have been scanned in the last four days.