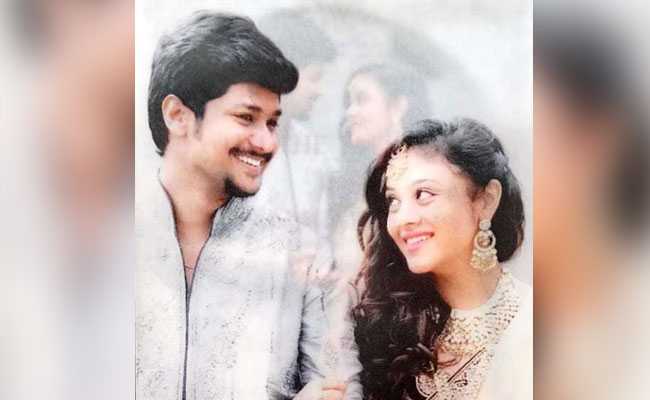 Five-month pregnant Amruthavarshini said, "My father wanted me to abort my baby." Amrutha married Pranay Kumar eight months ago against the wishes of her family and today she is perhaps paying the price for it. The police suspect it is a case of 'dishonour' killing and have arrested the girl's father and uncle.

The blood curdling footage of Pranay's murder in Telangana on Friday shocked the country. In the CCTV footage, Pranay, 23, was seen walking out of a hospital along with his wife, when a man with a machete attacked him on his head, with full force in broad daylight. The man vanished within seconds as Pranay collapsed on the roadside.

Tears rolling down her cheeks, 22-year-old Amrutha told NDTV, "My father said you abort the baby now. Live with him (Pranay) for 2-3 years, after that I will accept the marriage."

"I have no intention of aborting my baby. Pranay's baby is my future...he was such a nice person. He looked after me so well, especially after I became pregnant. I don't know why caste is so important in this time and age," said Amrutha.

Amrutha and Pranay's love story started when they were in school. After an eight-year romance the two decided to get married but their families were dead against it. Pranay apparently belonged to Madiga scheduled caste, in the bottom rung of the social hierarchy, while Amrutha belongs to the Vysya caste.

"We were always apprehensive that there is a threat from my family and even went into hiding for some time, but did not anticipate cold blooded murder," said the traumatized girl. "I did not ask them to accept my marriage. Why did they do this to me?" said Amrutha who has been admitted in a hospital.

Amrutha's father Maruthi Rao and uncle Shravan have been taken into custody. The police suspect they may have hired the contract killer.

Darkness descended on Miryalguda town in Telangana on Saturday after Pranay's killing. Rights activists took out rallies against the killing. "We talk about being a developed, cultured society but even now we see a brutal murder in the name of caste. What have they achieved except for cruelly separating the couple?" one of the activists told NDTV.

Pranay's killing is similar to a 2016 case that happened in Tamil Nadu's Tiruppur, where a man was killed in front of his wife. The woman's father and few relatives were convicted.