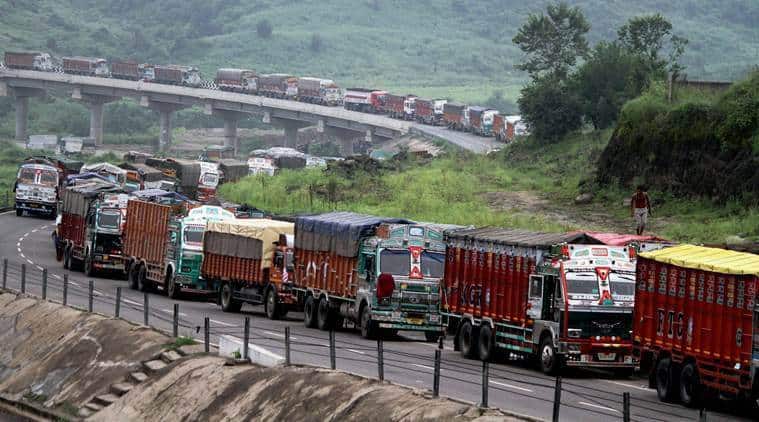 The road was cleared of the debris late in the afternoon and some vehicles were allowed to pass on priority, the officials said. (Representational purpose/File)

A Deputy Inspector General of the CRPF and his driver were killed after the vehicle they were travelling in was hit by a landslide near Digdole in Ramban district along the Jammu-Srinagar national highway.

The DIG, identified as Shailender Kumar, was posted in south Kashmir, police said, adding that his bodyguard Mohammad Sharief Khan was also injured in the incident. They were travelling in an SUV and their vehicle was part of a CRPF cavalcade in which two more DIG-level officers of the paramilitary force were also travelling.

The highway was closed for traffic since Thursday evening following heavy snowfall in Jawahar Tunnel and adjoining areas and multiple landslides between Ramban and Ramsu.

The road was cleared of the debris late in the afternoon and some vehicles were allowed to pass on priority, the officials said.

While the vehicles carrying the other two DIGs and their escorts passed through the area, Kumar’s vehicle was hit by a boulder and fell into a gorge.

Kumar and his driver died on the spot and his bodyguard was seriously injured. Senior civil and police officers rushed to the spot to supervise rescue work and the injured was shifted to Military Command Hospital, Udhampur.

DIG Singh was a 1992-batch officer of the CRPF cadre. He had also served in the elite jungle warfare unit of the force — the Commando Battalion for Resolute Action (CoBRA).

Meanwhile, nearly 5,000 vehicles were stranded along the Jammu-Srinagar highway as the road was closed for traffic following heavy rain and snowfall. Sources said there was around 3-4 feet of snow at Jawahar Tunnel and Trikuta Hills, which houses Vaishno Devi shrine near Katra, witnessed heavy snowfall.