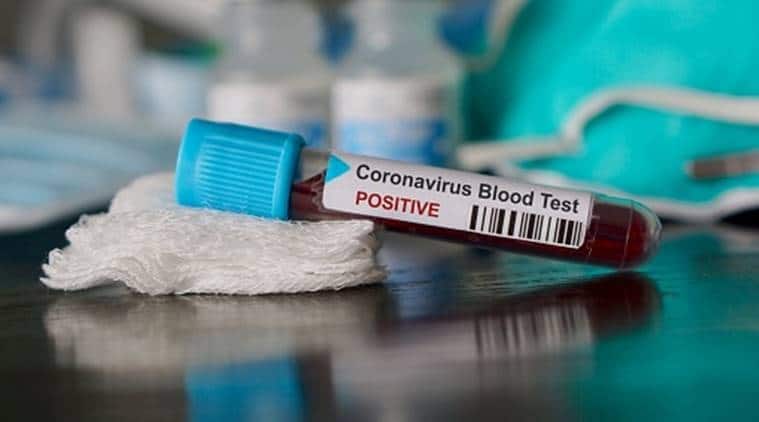 The city has witnessed a rise in cases since Sunday when a 54-year-old resident of Nagarwada in the walled city area of Vadodara tested positive for Covid-19 without any apparent travel history. (Representational Photo)

Nearly a week after a 78-year-old man from Godhra town of Panchmahals tested positive and succumbed to Covid-19, the Panchmahals district administration is tracing a possible source of infection from nearby Dungarpur district in the neighbouring state of Rajasthan.

Native of Dungarpur, the 22-year-old man had visited Godhra from Dungarpur and returned to his native village of Seemalwada on the Gujarat-Rajasthan border on March 26 after the lockdown. He tested positive for Covid-19 on Sunday and is currently admitted at a hospital in Udaipur.

The administration has started a drive to trace his contacts in Godhra. However, so far no direct link has been established between the two cases. “This had come to our notice that a group had returned to Dungarpur from Godhra on March 26 and one person from the group has tested positive. We are still trying to verify how many people were in the group and when they came to Godhra. Dungarpur has active cases and we are trying to ascertain if he was infected while in Godhra or after he reached Dungarpur,” said Panchmahals District Collector Amit Arora.

Sources within the community in Godhra said that the group had visited around 12 mosques in Godhra. “So far, we have no information regarding him attending any Tablighi congregation. We are also tracing the places he had visited in Godhra so far and the people he had met. We are yet to ascertain if there is any link between him and the case from Panchmahals,” Arora added.

In Vadodara, over 160 persons have been traced since the beginning of the month when the police department received a list of persons who may have attended the Nizamuddin Markaz event. The city has witnessed a rise in cases since Sunday when a 54-year-old resident of Nagarwada in the walled city area of Vadodara tested positive for Covid-19 without any apparent travel history. He had volunteered to distribute food during the lockdown times, especially in in SSG hospital which has a Covid-19 isolation ward. Till Wednesday, eight people from the area without any history of travel have tested positive. On Sunday, after the 54-year-old tested positive, officer on special duty Vinod Rao declared the cluster of about 600 homes and 3,200 residents a red zone and ordered containment of the area.

Commissioner of Police Anupam Singh Gahlaut said a total of three groups attended three different Jamaat meetings. “We quarantined four persons from Nagarwada earlier this month after they attended a Tablighi Jamaat meeting in Haryana. They live within a radius of about 200 metres of the positive cases who have been reported but there has not been any direct interaction between them. We also found another group that visited mosques in Delhi and Ajmer but has been asymptomatic. Two persons who are natives of Surat from this group but work as contractors in Vadodara have also been under watch for symptoms. Then we have about 153 persons from across the city whose location was near Delhi Nizamuddin during the month of March,” Gahlaut said