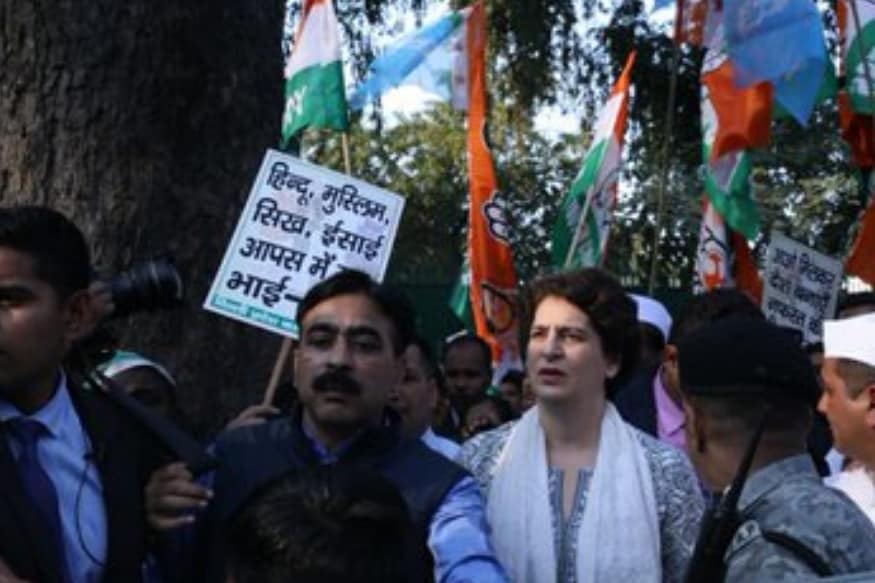 New Delhi: Senior Congress leaders, including general secretary Priyanka Gandhi Vadra, on Wednesday took part in a peace march from the AICC headquarters here against the violence in Delhi.

The march to the Gandhi Smriti on the Tees January Marg here started from the party's main office on the 24, Akbar Road. However, the leaders were stopped by the police before they reached the Gandhi Smriti.

They sat on the barricaded road and sang Mahatma Gandhi's favourite 'Raghupati Raghav Raja Ram'. The march has been taken out in view of the loss of lives in clashes in the national capital since Sunday.