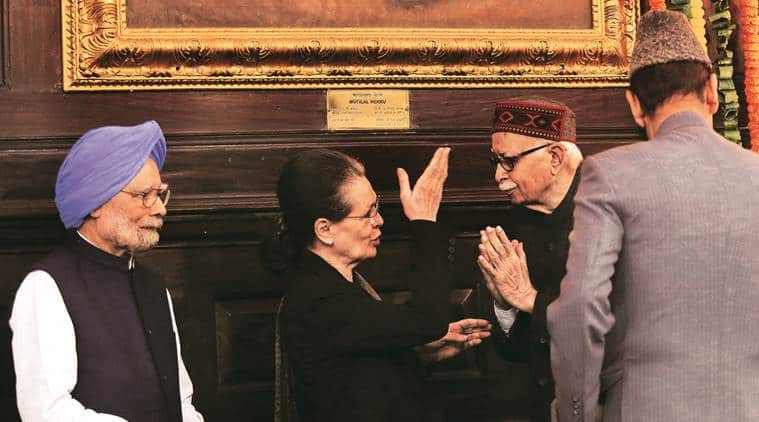 Top Congress leaders are likely to meet their NCP counterparts on Wednesday to take forward the discussions regarding formation of a government in Maharashtra with the Shiv Sena. From being reluctant to engage with the politically opposed Sena, the top Congress leadership has taken a step forward towards formation of a government, but decided not to rush and exercise extreme caution.

A day after NCP chief Sharad Pawar met Congress president Sonia Gandhi, top Congress leaders — Ahmed Patel, A K Antony, Mallikarjun Kharge and K C Venugopal — tasked with working out the nitty gritty of the understanding with the Sena and negotiations with the NCP met her to discuss the “baseline non-negotiables” and “assurances” that it wants the Sena to give on shedding hardline Hindutva.

The Maharashtra leadership of the Congress, which is eager to have an understanding with the Sena for formation of a government, have reached Delhi. Sources said the Maharashtra leaders will meet central leaders and then sit across the table with the NCP. Sources in the Congress and NCP told The Indian Express that the two parties have still not given a commitment to the Sena on giving it chief minister’s post for a full five-year term.

Several senior Congress leaders who The Indian Express spoke to said the party would tread cautiously. At least one senior leader said the perception that Antony was not in favour of a tie-up with the Sena was not exactly correct. The common factor binding the top Congress leadership is its desire to deny the BJP a shot at power in Maharashtra. Antony, as also Venugopal, weighed in favour of practical politics but suggested that the party should tread carefully.

The Congress and the NCP, which fought the elections in alliance, will have to address various contradictions before plunging headlong into the alliance. Sources said Kharge, Venugopal and possibly Patel along with Maharashtra Congress leaders will meet the NCP leadership consisting of Sunil Tatkare, Ajit Pawar and Jayant Patil on Wednesday to take forward the discussions.

Although it is keen to form the government at the earliest, the Sena too indulged in posturing, with its leader Sanjay Raut saying that a Sena-led alliance government would be in place by early next month.