Two men have been arrested in western Uttar Pradesh's Meerut after they allegedly cheated a city doctor of Rs 31 lakh by selling him "Aladdin's lamp" - the magical artifact from the popular Middle Eastern folk tale that brings forth a wish-granting genie when it is rubbed.

The con artists even managed to summon a "genie" from the lamp to convince their victim, according to the doctor who was cheated.

Dr LA Khan filed a complaint with local police on October 25, describing in detail how he had been swindled by the now-arrested men - Ikramuddin and Anees. According to the doctor, he first met them when he began treating a woman they described as their "ailing mother".

"I started visiting their home to treat the supposed mother. The visits continued for over a month. Gradually they started telling me about a baba (godman) whom they claimed also visited their home. They started brainwashing me and asked me to meet this baba," Dr Khan said in his complaint.

The doctor said he met the godman "who seemed to perform such rituals". 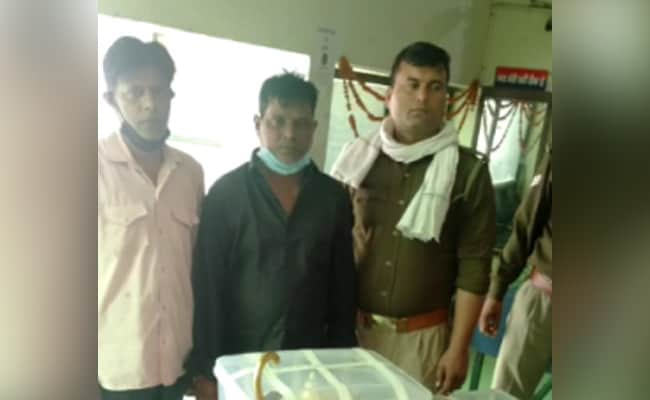 "Eventually this group told me they would sell me a 'chirag (lamp)' for Rs 1.5 crore but I could only offer a Rs 31 lakh down payment. They told me this lamp would bring wealth, health and good fortune. They said this is 'Aladdin ka chirag' (Aladdin's lamp)," Dr Khan added.

"During one visit "Aladdin" actually made an appearance in front of me. I did not know who this person was at that time. I later realised (one of) the accused was dressing up as 'Aladdin'," he said.

Visuals from the police station where the complaint has been filed show the two arrested men and a massive golden-coloured lamp (or 'chirag') that has been seized by the cops.

"We have found that the same men went to other homes in the city too and cheated many families in the name of 'tantra vidya'. We have found the involvement of three people so far. Two have been arrested. A woman is on the run," Amit Rai, a senior Meerut police official, said.

"Will Declare On Saturday": Cryptic Post By Actor-Turned-Trinamool MP

Kamala Harris To Leave US Senate On Monday Ahead Of Inauguration: Report