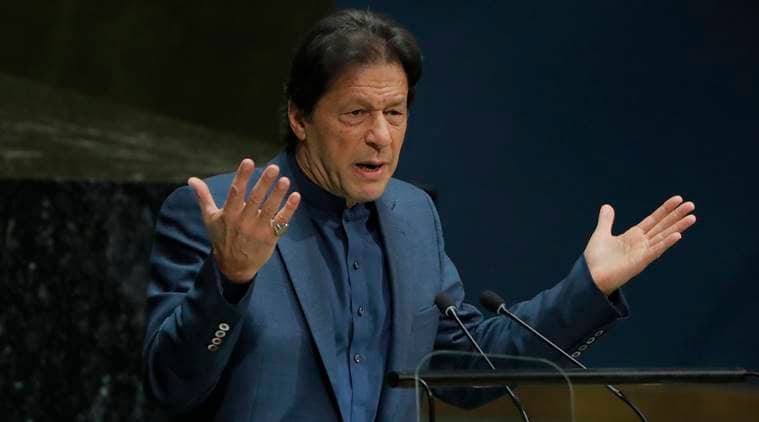 Pakistan Prime Minister Imran Khan Tuesday condemned the Citizenship Amendment Bill which was passed in Lok Sabha at midnight and said the legislation violates the norms of international human rights laws and bilateral agreements with his country.

In a tweet on International Human Rights Day, Khan wrote, “We strongly condemn Indian Lok Sabha citizenship legislation which violates all norms of international human rights law and bilateral agreements with Pakistan,” He added that the proposed legislation is a part of the RSS’s “Hindu Rashtra design of expansionism propagated by the fascist Modi government”.

We strongly condemn Indian Lok Sabha citizenship legislation which violates all norms of int human rights law & bilateral agreements with Pak. It is part of the RSS “Hindu Rashtra” design of expansionism propagated by the fascist Modi Govt. https://t.co/XkRdBiSp3G

Terming the Citizenship (Amendment) Bill “a dangerous turn in the wrong direction”, the US Commission on International Religious Freedom (USCIRF) too stated that it is “deeply troubled” by the Bill’s religion criterion and the US government should consider sanctions against Union Home Minister Amit Shah if the Bill is passed by the Upper House, too.

Earlier in the day, Khan also gave a call to utilise the occasion of Human Rights Day to appeal to upholders of international law and UNSC to act against the “illegal annexation” of Jammu and Kashmir by the Indian government. Denouncing India’s decision to putting restrictions on people of Jammu and Kashmir, he demanded an end to the “äbuse and atrocities being inflicted on Kashmiri men, women and children” by Indian security forces which he alleged violated all human rights laws.

Home Minister Amit Shah on Monday introduced the contentious bill in Lok Sabha which passed it by a division of votes with 311 in favour and 80 against. During the more than seven-hour-long heated debate, the Home Minister invoked the Partition and said that the BJP had to bring the Bill because the Congress had partitioned the country in 1947 on the basis of religion.

Subscribed to Too Many Streaming Services to Stay Sane These Days? Try The Bobby App, Right Now