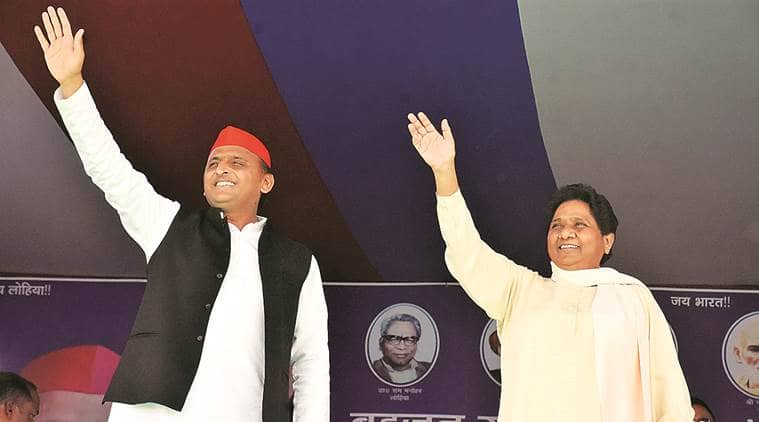 The SP and BSP both contested the Lok Sabha elections together in May 2019. However, two parties parted their ways after the election.

After breaking ties post the General Elections 2019, arch-rivals Samajwadi Party (SP) and Bahujan Samaj Party (BSP) came on the same page on Monday while both parties unitedly opposed the Citizenship (Amendment) Bill, 2019 in the Lok Sabha.

Opposing the Bill, BSP MP Afzal Ansari said, “This Bill is completely against the original idea of article 14 of the constitution of India.”

Describing the Bill as divisive, Ansari said that India was divided at the time of independence but the country is being divided again now. and such a bill can not be accepted. He also urged the government to show some magnanimity by allowing Muslim refugees from neighbouring countries to enter India. They should not be denied entry just because they are Muslim. If Muslims are being treated differently in this regard, they will be discriminated in the other matters also.

Ansari, who represents Ghazipur constituency in Uttar Pradesh, appealed to the government to reconsider the bill.

Echoing similar views, SP member S T Hasan criticised the bill saying that it is a precursor to NRC (National Register of Citizen). He added, “I would like to ask Home Minister that when NRC will be done, who will have to give the proof of citizenship and from when?”

“Muslims do not have a proof of residence even for 5 years”, he added.

Hasan said that Muslims are the second biggest population group in the country and they are afraid of victimisation when the NRC will be done. He said Muslims are afraid that their name will not appear in the NRC and they will be declared as infiltrators.

Hasan, who represents Moradabad constituency in UP, said that if Pakistan, Bangladesh and Afghanistan become Hindu-free, then wouldn’t some people of India would say that India should be made Muslim-free.

He also said that politics on the basis of religion should be stopped. He urged the Home Minister to reconsider the bill and include the word Muslim in the list of minorities from the neighbouring countries which will be benefited from the proposed bill.

The SP and BSP both contested the Lok Sabha elections together in May 2019. However, two parties parted their ways after the election.