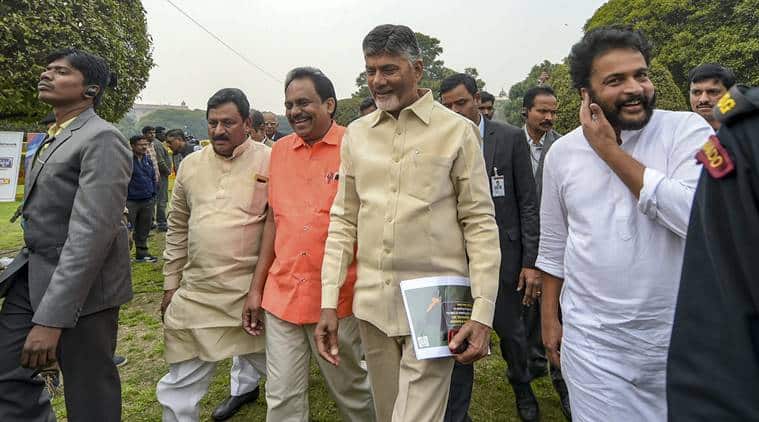 The delegation marched from Andhra Pradesh Bhavan to Rashtrapati Bhavan and presented a memorandum to the President with 18 demands, including the Bifurcation Act promises and special status to the state.

“We met the President and apprised him of our demands. The central government has ignored the Andhra Pradesh bifurcation act promises. Modi government is passing the time without releasing grants to the state. “For the development of Hyderabad there has been a struggle for 60 years and today it stands as a world-class city. On seeing the injustice done to Andhra Pradesh many people went into depression and recently a physically challenged man Arjun Rao has committed suicide over the special status not being granted to the state,” Naidu said at a press conference.

Naidu, who is trying to unite opposition parties, has over the last three months held a number of meetings with opposition party leaders on forming an anti-BJP front. The TDP pulled out of the NDA government in March last year over its refusal to grant special status to Andhra Pradesh.

Demanding that the Centre fulfil promises made during Andhra Pradesh’s bifurcation in 2014, the TDP president has been alleging that Modi was not following ‘raj dharma’ by denying the state special status.