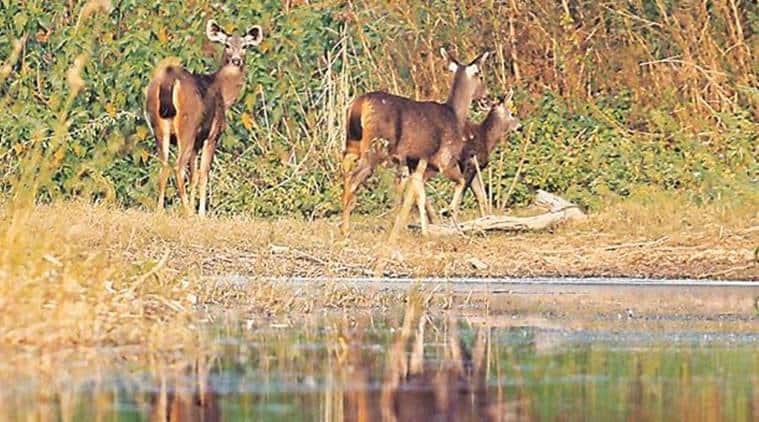 The area comprising 1,500 metres starting from the edge of Sukhna Wildlife Sanctuary in Chandigarh covers at least five villages of Panchkula. (Representational Image)

THE MINISTRY of Environment, Forest and Climate Change (MoEFC) has instructed the Haryana Forest and Wildlife Department to send a detailed proposal about declaring 0 metre to 1,500 metre area starting from Sukhna Wildlife Sanctuary in Chandigarh to within Panchkula district as eco-sensitive zone (ESZ).

The matter related to ECZ area in Punjab and Haryana around Sukhna Wildlife Sanctuary is already pending in the Punjab and Haryana High Court. January 15 is the next date of hearing and the Haryana government is expected to file its reply in this connection.

Sources said the proposal about ESZ within Panchkula was sent to the Central government in 2019. Recently, MoEFC marked some queries on the proposal. The department had sent the theoretical proposal merely mentioning the names of five villages. “Now we have been asked to send proper drawings and details like distance of these villages exactly from the edge of Sukhna Wildlife Sanctuary,” a source said.

The queries to the Haryana Wildlife and Forest Department were sent after it had demanded that the Punjab and Haryana should also declare 2 km to 2.75 km from the sanctuary boundary as ECZ. Punjab has stuck to its earlier stand of declaring merely 100 metres area from the boundary of Sukhna Wildlife Sanctuary as ECZ. The 100-metre area covers a little portion of Kansal village in Mohali district.

The Principal Chief Conservator of Forest (PCCF), Wildlife, V S Tanwar, said, “We have been asked to make clear our proposal to declare 1,500 metre area starting from boundary of Sukhna Wildlife Sanctuary as ECZ from the Centre. We will send a reply to ministry shortly.”

In September 2015, the Central government had issued a draft notification only for the sanctuary area falling under Chandigarh, ignoring Punjab and Haryana.

Although UT had declared its ESZ in 2017, it had urged the Central government to compel Punjab and Haryana also to declare their ESZ around Sukhna Wildlife Sanctuary.