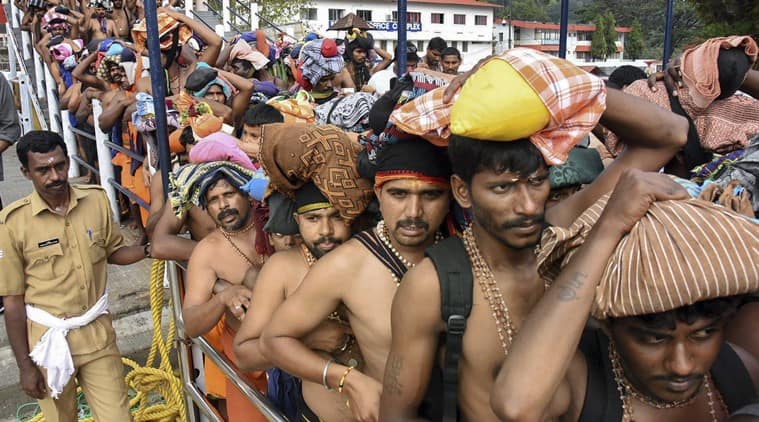 The CPI(M)-led LDF government in Kerala Wednesday demanded that the Centre bring a legislation to protect the faith of Lord Ayyappa’s devotees visiting the hill shrine in Sabarimala, which was ordered by the Supreme Court last year to open its doors to women of all age groups.

The state government’s demand comes in the backdrop of Kollam MP N K Premachandran moving a private members bill in the Lok Sabha against women’s entry into the Lord Ayyappa temple. The bill is likely to come up this week in the Lok Sabha.

“The Sabarimala issue will be coming up before the central government as a private bill. Everybody knows the fate of the private bills… ,” Devaswom Minister Kadakampally Surendran told reporters here.

Kerala had witnessed massive protests by right-wing outfits and the BJP after the LDF government decided to implement the apex court’s September 28 verdict last year, lifting the restriction on entry of women of menstruating age into the hill shrine to offer prayers.

Earlier, the temple’s customs did not allow girls and women in the menstrual age of 10-50 years to enter the shrine as the presiding deity, Lord Ayyappa, is a ‘Naishtika Brahmachari’ (perennial celibate).