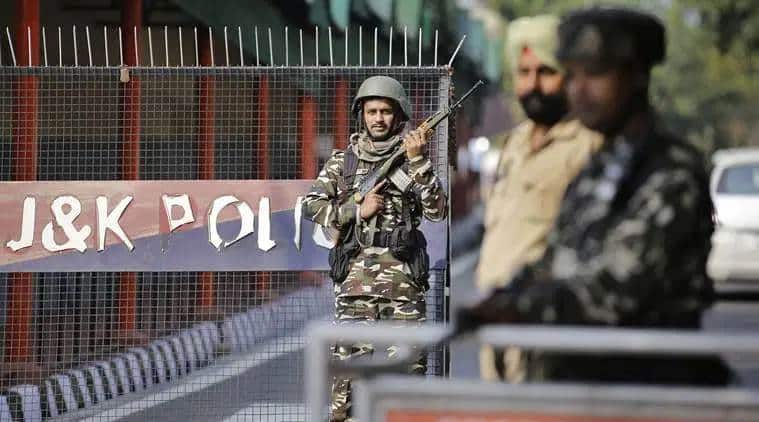 Appearing for Jha, senior advocate Dinesh Dwivedi told a five-judge Constitution Bench headed by Justice N V Ramana that “the legislative assembly cannot be a substitute of the Constituent Assembly of J&K”. (File)

The Centre could not have made changes to Article 370 without the concurrence of the Constituent Assembly of Jammu and Kashmir, senior journalist Prem Shankar Jha told the Supreme Court on Tuesday while opposing the August 5, 2019 proclamation amending Article 370 and bifurcating J&K into the UTs of Jammu and Kashmir and Ladakh.

Appearing for Jha, senior advocate Dinesh Dwivedi told a five-judge Constitution Bench headed by Justice N V Ramana that “the legislative assembly cannot be a substitute of the Constituent Assembly of J&K”.

He told the bench, also comprising Justices S K Kaul, R Subhash Reddy, B R Gavai and Surya Kant, that Article 370 was the “tunnel connecting the two Constitutions”. He added that the J&K Constituent Assembly was dissolved in 1957 after the framing of the J&K Constitution, following which Article 370 stood frozen. Hence the August 5 proclamation could not have been made under Article 370, he contended.

He said that after the August 5 move, nothing of Article 370 survived. “Though the dramatics of it show that Article 370 still survives, yet in reality on a deeper look, nothing of substance survives…The sole object of Article 370 was to ensure that people of Kashmir have a say in their own governance through their own Constitution. This guarantee has been wiped out along with Article 370, when the entire Constitution of India is made applicable,” Dwivedi submitted.

He said the framers of the Indian Constitution had “guaranteed” to the people of Kashmir “autonomy to govern themselves, through their own Constitution”.

“This was an unconditional autonomy to Kashmir by the most august of Assemblies,” Dwivedi said, adding that to question this “wisdom of the makers of the Constitution” would be “unconstitutional, arbitrary and unethical”. Dwivedi urged the apex court to refer the matter to a larger bench as there was a conflict between two decisions of 1959 and 1970 by five-judge benches of the court on the subject.

While the first recognised the temporary nature of Article 370, the latter “reverses the life and scope of Article 370 as a transitory provision and recognises its permanence giving perennial source of power to the Union/President to regulate the governing relationship between the Union and the State”, he pointed out.

Azam Khan Surrenders with Wife and Son, Sent to Jail

Prabhas in Vyjayanthi Movies' next