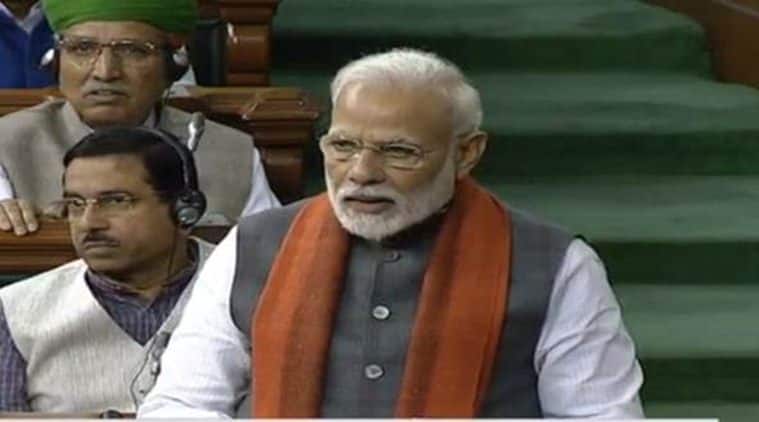 The Union Cabinet has cleared the formation of a trust for the construction of Ram Temple in Ayodhya, Prime Minister Narendra Modi announced in Lok Sabha on Wednesday. The trust has been named as Shri Ram Janambhoomi Teerth Shetra.

Urging all members of the House to support the construction of grand Ram Temple, the prime minister said, “After the verdict on the Ram Janmabhoomi issue came out, the people of India displayed remarkable faith in democratic processes and procedures. I salute the 130 crore people of India. ”

In a rare occasion, Modi spoke in the Lok Sabha before the Zero Hour and said that the government is moving forward with ‘sabka sath sabka vikas’ policy so that everyone is happy. “In India, be it Hindu, Muslim, Sikh, Christian, Buddhist, Parsi or Jain, everyone is a part of one family. Development must take place for every member of the family,” he said.

Today we take a historic step ahead towards building a grand Ram Temple in Ayodhya!

It was my honour to address the Lok Sabha on this subject, which is special to many.

I also applauded the remarkable spirit of the people of India.

This is what I said… pic.twitter.com/MJHDHnR3Xo

Congratulating Modi, Union Minister Amit Shah in a tweet said that there will be 15 trustees in Shri Ram Janmabhoomi Teerth Kshetra Trust out of which one trustee will always be from Dalit society.

The move bears significance in the wake of November 9 judgment of the Supreme Court which allowed construction of a Ram Temple at the disputed site in Ayodha. The apex court also ordered handing over of a 5-acre plot to Uttar Pradesh Sunni Waqf Board and setting up of a trust for construction of the Ram temple.