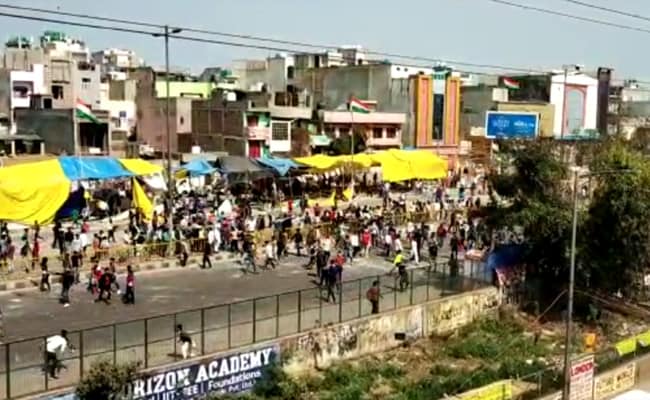 Heavy violence broke out in northeast Delhi's Maujpur neighbourhood this morning for a second time in less than 24 hours, as protesters for and against the controversial citizenship law clashed and threw stones at each other.

Videos of the clashes - in the Kabir Nagar area near the Maujpur Metro Station - show people from both groups breaking off stones and chunks of the concrete divider along the main road to throw at each other. In at least one of the videos people can be heard chanting "Jai Shri Ram" slogans.

Delhi Police have resorted to firing tear gas shells in an effort to control the situation.

Authorities have made repeated calls for peace but have not, so far, commented on the identities of either group or on the involvement of any particular individuals.

Today's violence comes on the heels of stone throwing on Sunday afternoon near the Jafrabad area in the national capital, where a protest against the Citizenship Amendment Act, or CAA, has been on since Saturday night.

The peaceful protest at Jafrabad, where over 1,000 women - inspired by the now-iconic Shaheen Bagh protests - have gathered, is around 1 kilometre away from the scene of today's violence. 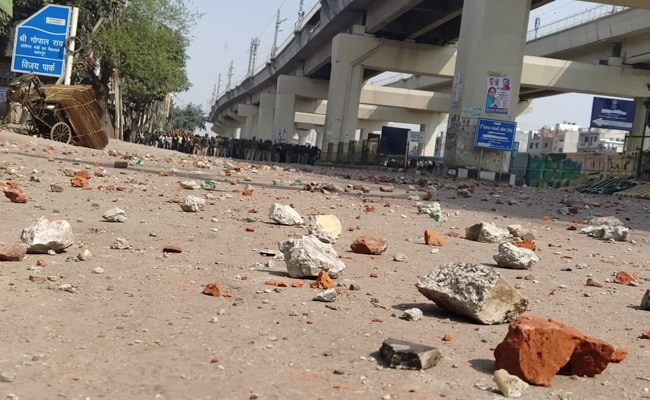 Sunday's violence broke out after local BJP leader Kapil Mishra, who has a history of making communal and incendiary comments, held a pro-CAA rally in the area.

Sunday also witnessed violent clashes in UP's Aligarh, where police and anti-CAA protesters clashed. A portion of a shop was set on fire, at least two police vehicles were vandalised and police officers being injured.

Mobile internet in Aligarh was suspended at 6 pm on Sunday and has yet to be restored. Eight people were injured in the violence - five protesters and three police officers. One of the injured protesters had a gunshot wound; the police have denied opening fire.

The violent protests - in Delhi and in UP - come as United States President Donald Trump landed in Guajrat's Ahmedabad - Prime Minister Narendra Modi's home state - for a two-day visit.

Addressing a massive crowd at the newly-built Sardar Vallabhbhai Patel Cricket Stadium - said to be the largest in the world - Mr Trump praised PM Modi and described India as a "country which is proud to be known as a nation where people from all faiths - Hindus, Muslims... worship side by side".