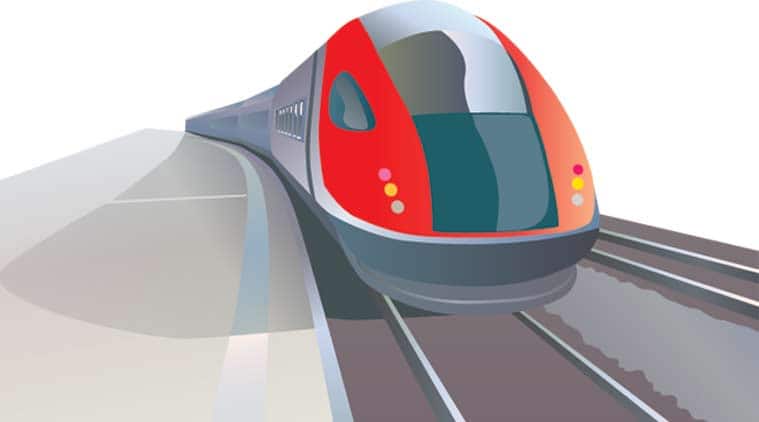 THE CONSUL General of Japan in Mumbai Ryoji Noda on Monday expressed concern over the slow pace of land acquisition for the Mumbai-Ahmedabad bullet train project. The December 2018 deadline has been missed, he said, but could not tell if this would delay the scheduled completion of the project by 2022.

“The Japanese side cannot do anything about it (the delay),” he told The Indian Express on the sidelines of an event. “So we are waiting for the Gujarat and Maharashtra governments to procure the land.”

Asked whether it would delay completion of the project, he said, “I am not aware….It (delay) should be minimal, I believe.” The Indian Express on January 30 reported that land acquisition in Gujarat would take another seven to eight months and stretch beyond June 2019 in the wake of the upcoming Lok Sabha elections.

The state governments, along with National High Speed Rail Corporation Limited (NHSRCL), will acquire 612 hectare in Gujarat, 7.5 hectare in Dadra and Nagar Haveli and 246 hectare in Maharashtra. In Gujarat, 5,404 people will have to give up their land for the project, Ahmedabad topping the list with 1,196 people, followed by Kheda at 783.
Deputy Chief minister Nitin Patel, speaking about the bullet train project during Question Hour in the Gujarat Assembly on February 19, pointed out that land in 197 villages of 32 talukas of Gujarat will be acquired. “Till now, farmers have given, with their consent, 1,110 plots, measuring 160 hectare,” he said. “For this, Rs 620 crore has been disbursed as compensation.”

Consul General Noda, during the interaction, said the Japanese had begun training Indian staff, such as drivers, signal and maintenance workers and others who will work on the bullet train when it becomes operational. “We have begun training people at the training centre in Vadodara,” he said. “Several hundred Indian staff have also been invited to Japan for training.”

The land acquisition for the project began in August, and farmers from the districts of Vadodara, Anand, Bharuch and some parts of Surat have consented to giving up their land. As compensation, the state government promised to such farmers 25 per cent more than the award. The government will also make a payment of 80 per cent of the awarded amount, up front.

To aid acquisition, NHSRCL put up coloured concrete pillars across farmlands in Gujarat marking the bullet train corridor, and farmers who owned the land were encouraged to give up the land for the project.

The Government of Japan has extended a grant of Rs 38 lakh to Ahmedabad Management Association to upgrade the Japan Information and Study Centre. A contract was signed by Consul General of Japan in Mumbai Ryoji Noda and founder of the study centre Mukesh Patel on Monday. Using the grant, AMA will purchase the latest Japanese language learning software and will expand their library with around 250 new books on the Japanese language, arts and culture. “There are 321 Japanese establishments in Gujarat and 347 Japanese nationals live in the state,” Noda said after signing the contract.