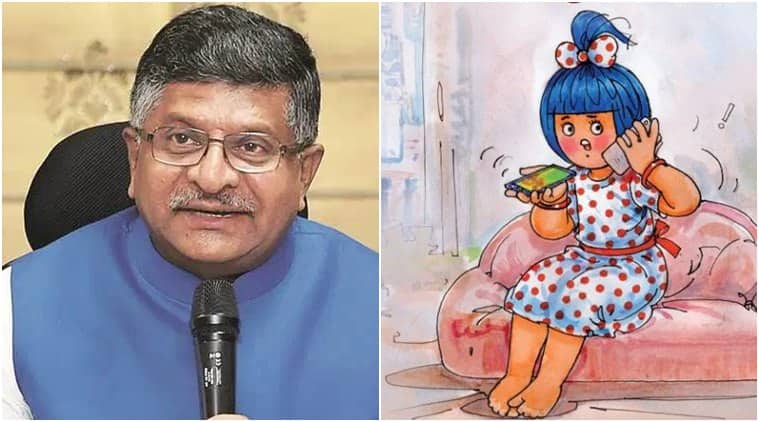 An Amul topical ad on the telecom sector has caught the eye of Union Minister Ravi Shankar who gave his own take on the issue.

On Thursday, the popular daily brand celebrated the government’s decision to grant relief to the struggling telecom companies saying: “Mobilising phone again! Call for it.”.

Retweeting Amul’s post, Union Minister Ravi Shankar Prasad said, “because mobile phones are source of bread and BUTTER for many.”

Because mobile phones are source of bread and BUTTER for many. ?? https://t.co/AB8AmJPhBR

The government on Wednesday doled out a Rs 42,000 crore relief to debt-laden telecom companies after it agreed not to take any payments for the spectrum they use for the next two years.

The Union Cabinet headed by Prime Minister Narendra Modi approved giving Bharti Airtel, Vodafone Idea Ltd and Reliance Jio an option to avail a two-year moratorium on payments they were supposed to make in yearly instalments for the spectrum bought in auctions.