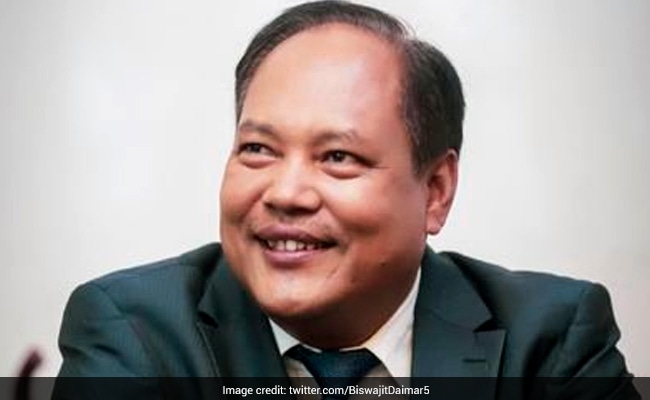 Will start working for the BJP from Sunday onwards, Biswajit Daimary said (File)

In a major setback to BJP's Assam ally, Bodoland People's Front (BPF), its lone parliamentarian, Biswajit Daimary, resigned from Rajya Sabha on Saturday. He also announced that he has quit the party and will join the BJP on Sunday.

"I have quit the BPF party and on Sunday morning, will join the Bharatiya Janata Party. Along with me, senior leader and the party's General Secretary, Emmanuel Mosahary, will also join the BJP," he told reporters in Guwahati.

These resignations have come just days before the election to the Bodoland Territorial Region (BTR) Council, where the party has been in power for the past 15 years.

The BJP is fighting the two-phased polls alone and against ally BPF.

The election to the 40-member BTC will take place in two phases on December 7 and 10, while the counting will be held on December 12.

The state unit of the BJP has already informed the central leadership that they would not like to extend the alliance with BPF for the 2021 assembly election.

In the 2016 assembly election, the BJP and its allies had scored a historic victory. In the 126-member assembly, the BJP had won 60 seats, while allies BPF and Asom Gana Parishad had won 12 and 14 seats respectively.